Dr Colum Owens (Royal Victoria Hospital, Belfast, UK) comments on the trial results for the NOBLE trial (Coronary Artery Bypass Grafting Vs Drug Eluting Stent Percutaneous Coronary Angioplasty in the Treatment of Unprotected Left Main Stenosis), in light of the SYNTAX Extended Survival study. He examines the results, the study design differences and highlights how both studies indicate that PCI and bypass can be considered as safe methods of intervention to treat patients with LMCA.

Question 1 : Please summarise the NOBLE study and its key outcomes?

So the NOBLE study was originally presented in the Lancet in 2016 and then we got a further five year paper published in 2019, and my talk today focused really on the five year data. Essentially, what the study looked at was just over 1,200 patients who were randomised, in a non-inferiority designed study, into PCI or bypass for left main disease, which is a complex form of coronary disease. And the main outcome of the five-year paper published just there, showed that, in terms of all cause mortality, there was no difference between PCI and bypass. Now, the primary outcome, which was a MACE outcome, was a combination or a composite of end points, which was death, all cause death, non-procedural myocardial infarction, stroke, and ischaemia driven revascularization. So that composite endpoint was better for bypass than it was for PCI, and so the authors concluded that bypass remained a very valid, option for treating patients with left main disease. The main differences between, that drove that outcome difference, was an increase in non-procedural myocardial infarction over five years, compared to bypass and an increase in revascularization, but there was no difference at all in terms of all cause mortality or cardiovascular mortality between PCI and bypass. And that's an important outcome because there's been a lot of discussion about whether PCI for left main is safe, and for patients who, you know, want to trust what we're doing is the right thing, conclusively this study showed that. That in terms of outcome measures, which are important we think for patients, which is death and stroke, there's no real difference between the two arms. There was a difference in terms of rate of myocardial infarction, and there was an increased need for further procedures in the PCI arm. What that means for us, I think, in terms of how we treat our everyday patient, is that every patient needs to be assessed based on their merit, and make sure that they qualify for bypass or PCI, making sure that the decisions that we reach are discussed at a heart team meeting, and then that the patient is fully informed of the risks and benefits of each of the procedures.

Question 2 : Please summarise the SYNTAXES study and its key outcomes?

So, the SYNTAX ES was the extended survival study, which was a investigator initiated extension of the main SYNTAX Study. So they basically looked at 10-year survival after three vessel, when patients with three vessel disease and left main. So, in the original SYNTAX Study, which had 1,800 patients in it, approximately, patients with three vessel disease or left main disease were randomised either to stenting or bypass. Importantly, the study was powered, so that we could look at left main as a separate subgroup of patients, and then the investigators extended this follow-up for 10 years, and that's the longest follow-up period we have, looking at this type of patient subgroup. And what it showed was what a lot of other studies showed, that for patients with left main, there was no mortality difference between bypass and PCI. Three vessel disease and, in truth, complex three vessel disease, was served better by bypass. SYNTAXES looked at just one outcome, which was death, so there wasn't any other outcomes like myocardial infarction or revascularization. It just looked at that hard outcome, and reassuringly, particularly as the question about PCI left main has been raised, it showed that in left main PCI there was no difference in death, but at 10-years between bypass and PCI, which I think is an important message to give out.

Question 3 : What were the key differences between the studies?

Well, SYNTAX ES was not a primarily left main study. It was a study of 1,800 patients, of which just over 7,00 patients had left main disease, okay. So, it wasn't primarily a study looking at left main PCI. NOBLE was, and so, those two difference, those two studies by just design are very different. What the two studies, I think, similarly show is that if you decide to stent somebody with left main disease, that the difference in mortality in the SYNTAXES Study of 10 years and the NOBLE Study at five years, there's no mortality difference between PCI and bypass. They're both relatively safe methods, in terms of intervention, providing you can get good results, and providing that is the decision that is made by the heart team.

Question 4 : What are the limitations?

It's difficult for me as a non trialist to critique these studies too much, because it's very difficult to do this type of trial. I suspect, when you look at the demographics and the patients recruited to any trial, there's patients who are excluded, and there's people who are included. And so what you have to do as an everyday cardiologist is to look at the trial and see does it apply to the population you are dealing with? Does it apply to the patient that you are dealing with? And I suspect that, in everyday practise, there's patients who are not, who wouldn't have been chosen or wouldn't have met the inclusion criteria for either SYNTAX or NOBLE or even EXCEL, and to apply the outcome measures of those studies to an individual patient, you have to be careful. So every patient deserves attention to the different details, and that's why the heart team MDT is such a good approach, because you can look at factors other than the anatomical factors. You consider frailty. You can look at the heart function. You can see whether or not the patient would be fit for surgery or indeed PCI, and come up with a consensus opinion. The other slight limitation of the studies probably relates to the time period that they were carried out, and we have more contemporary stents now, which may have an effect on outcome, particularly revascularization. And we have a better understanding that IVUS imaging, particularly for left main, should be used for all with an idea of what it comes that we are looking for, in terms of minimal area that we want to get to. So, I'm not sure there's going to be another study in this area, but if there was, I suspect there should be more image guided intervention. Roughly, in NOBLE it was 74%, which is pretty good, but I think we can do a wee bit better.

Question 5 : How should these data influence patient selection for LMCA disease?

In real life practise, all patients who come into the cath lab and who get an angiogram, and we find out that they have left main disease, there's a decision by the operator, based on how they present. If they present stably, I think, based on the data, we should take the patient off the table, and discuss them, and discuss them with our surgeons and our other interventionists, and come up with the best plan for that patient, and then that outcome should be explained the patient and with the appropriate consent measures. And then if they want to go ahead with either bypass or PCI, that's the outcome that should be achieved. It's different in emergency situations. Sometimes PCI has to be offered in an emergency situation, to get the patient off the table safely. And I think, in that situation, providing we get a good result, we can turn around and tell our patients this: "We had to do what we had to do, "and we actually know the data "that this probably won't "have a bad outcome for you. "Your survival advantage is going to be the same "as if we went for surgery." But in truth, the vast majority of patients with complex disease, including left main disease, unless there's an emergency indication for them to have a full-on procedure, should be taken off the table, counselled, and the angio and all of the rest of the other measures we should look at should be discussed at a meeting.

Question 6 : Is independent ratification of the EXCEL data required to add this back into the discussion?

There's been a lot of discussion about the universal definition of MI being omitted in the EXCEL in publications, and some people have very strong opinions of that, and others haven't, and that's been whizzing around on social media and various outlets. In truth, I don't think the EXCEL five-year data is vastly different from the NOBLE five-year data. There was a slight excess on all cause mortality, but no increase in cardiovascular mortality, and I think the message of EXCEL, NOBLE five-years, and SYNTAXES left main are all roughly the same, and that, if you decide to offer PCI to your patient, there is no mortality difference between that and offering bypass. I think it is, in the right patient, a very safe approach, and I think people need to be reassured about that. I don't particularly think there needs to be any further scrutinization of the EXCEL. Gregg Stone did present some very compelling data today, which I think reassured the audience in the room. And I think what we need to do as an interventional community is to gives the trialists time to gather that data and present it as a paper, and then we can scrutinise it. At the moment there's too much discussion about data that we frankly don't know, and there's a lot of innuendo of what that may be, maybe because of conflicts of interest, and I don't think that's a real thing. In truth, we just need to see the data, and then make up our own minds, but I think the EXCEL five-year data is largely reassuring.

I think what's going to happen now is there's going to be a large meta analysis, combining all of the data from the various left main studies together, which is a powerful method to answer questions, and I suspect that the outcome of that is going to show that the hard end parts, like mortality and stroke, is good with PCI and is equivalent to bypass. And as such, I'm not sure after that there is going to be a need for any further research. If there was, for the research to be done in left main PCI versus bypass, I suspect, with our current knowledge of precision PCI and how important it is to image, modify lesions if they're calcified, and get good outcomes, that they should be entered into the methodology of the study, but I'm not sure if it's going to be performed. 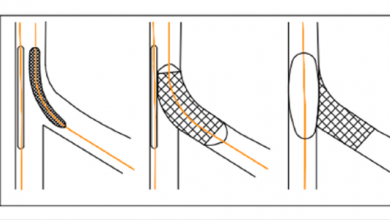 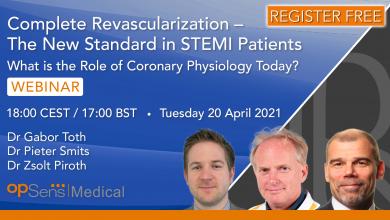 Complete Revascularization – The New Standard in STEMI Patients: What is the Role of Coronary Physiology Today? 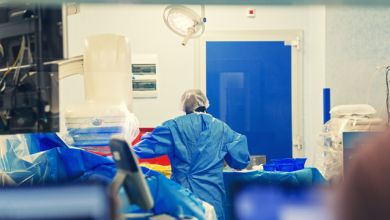 Shifting Paradigms and Financing a Revolution: Providing Transcatheter Valves in the Public Health System. A View from Aotearoa New Zealand 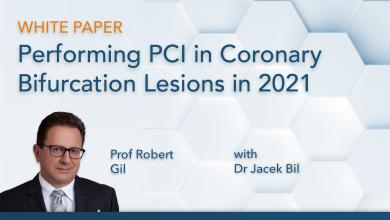