Dr Marc P Bonaca (University of Colorado School of Medicine, Aurora, CO, US) shares the primary results of the Voyager PAD randomised trial, which investigates the use of rivaroxaban for prevention of cardiovascular and limb events after lower extremity revascularisation.

1. What prompted the VOYAGER PAD study?

2. Can you describe the design, endpoints and inclusion criteria of VOYAGER?

3. Did the VOYAGER PAD study meet its efficacy and safety endpoints?

4. What conclusions should be made as a result of this study?

5. How should the VOYAGER study be expanded upon?

VOYAGER PAD was designed to address a very specific and important gap. That is how do we treat patients with peripheral artery disease undergoing lower extremity revascularisation? We've recently recognised that those patients are at a very high risk of adverse limb and cardiovascular events, not only short term, in the first year after intervention, but even long term where they're at a fourfold heightened risk of things like acute limb ischemia, the heart attack equivalent of the leg, a really bad outcome. And in spite of those bad outcomes, there is no proven antithrombotic strategy in that setting. So, you know, although we think of DAPT after coronary intervention or sometimes anticoagulants. Neither of those have proven to be efficacious in PAD after intervention, and both are associated with very high rates of bleeding, so this is a big gap in terms of the care of our patients with peripheral artery disease.

Question 2 : Can you describe the design, endpoints and inclusion criteria of VOYAGER?

VOYAGER PAD was designed to be a very pragmatic study on top of the standard of care. So the design was patients who have lower extremity symptomatic peripheral artery disease, either claudication or critical limb ischemia, undergoing intervention, were randomised on top of aspirin and clopidogrel if you wanted to use it, but then randomised to rivaroxaban 2.5 milligrammes twice daily or placebo, and then followed long term. To get in the study, you just had to have symptomatic peripheral artery disease, so symptoms and then evidence of disease, imaging and a low ABI, that was it. There was no enrichment for adverse cardiovascular event risk. You didn't have to have diabetes, you didn't have to have older age, there's no enrichment. And the exclusion criteria were quite basic. You were excluded if you were unstable, or if you were at a very high risk of bleeding, either because of who you are, meaning you had had a recent major bleed or because of what you had to take, if you were on Warfarin or long term DAPT, then you were excluded. DAPT was allowed for six months. Now, I think an important aspect of the trial is that the end points were really specifically designed for this population and in this setting, so the primary outcome was a five point composite including acute limb ischemia, major amputation for a vascular aetiology, myocardial infarction, ischemic stroke, or cardiovascular death. So bad things for the limb, heart and brain. And then the primary safety outcome was TIMI major bleeding and the reason that was selected was because this is a procedural setting where there's often a lot of times background bleeding that makes, generates noise makes it hard to understand what the therapy is doing. So TIMI major bleeding was felt to be the most appropriate safety outcome.

Question 3 : Did the VOYAGER PAD study meet its efficacy and safety endpoints?

Question 4 : What conclusions should be made as a result of this study?

well, I think there are a few things that we should consider in conclusions around the study. One is that the primary endpoint was positive and the absolute risk reductions were large in the setting and in this type of population. There were also a broad range of benefits, like the reduction for the need of index revascularisation or unplanned revascularisation. But there was more bleeding, TIMI major bleeding was increased with a hazard ratio of 1.43 or an increase of about a quarter of 1% per year. But I think putting it together and making some conclusions, if you look at the risk benefit, if you were to treat 10,000 patients for one year with this regimen, patients with PAD after intervention, you would prevent 181 bad events of the limb heart or brain at the cost of 29 TIMI major bleeds but no increase in intracranial haemorrhage or fatal bleeding. And that means that there's a bit, about a six fold benefit to risk ratio. And so I think overall, in a very high risk population, where in spite of the best care, Statins, aspirin, clopidogrel, one in five have one of these really bad events over the course of three years. If you add rivaroxaban plus aspirin versus aspirin alone, you reduce this risk to your broad benefits, you increase bleeding, but not the kind we fear the most like ICH or fatal bleeding, and there's a six fold benefit to risk ratio, meaning that this strategy appears quite promising in a population setting where there's really been no proven antithrombotic strategy. So I think this is poised to really impact care for this population in a very important way.

Question 5 : How should the VOYAGER study be expanded upon?

VOYAGER PAD is the beginning, I think, of answers for a lot of questions. And of course, when we have positive trials, oftentimes we end up with more questions than we did when we started. So now we know this works and we know that the net benefit is positive. But still there are, there's so much that's unknown about this population. So a couple of key questions: are the benefits the same for all patients? Perhaps patients with coronary disease have a really big MACE benefit, whereas those without concomitant coronary disease predominant limb benefit, both important, but it's important to know that. We also want to know what does it look like for the patients who are treated with surgery or those who were treated with endovascular care? A really big question that we provided some data is what about clopidogrel in the background? We know that rivaroxaban that the risk benefit is the same regardless of whether you use clopidogrel but shouldn't we be using clopidogrel in the setting? That's a question that we have to answer not only with this dataset, but with others. And then I think a key aspect of this study is over 2600 patients, we were able to obtain their baseline angiogram. So we're going to start to understand how does the anatomy in the lower extremities, the vascular anatomy, predict risk and response to therapy. So those are just a few of the key questions, that we'll be working to answer over the coming months. 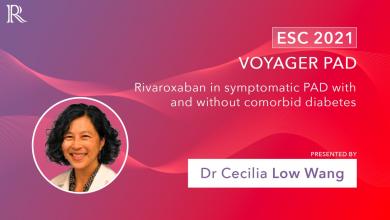 VOYAGER PAD: Rivaroxaban in Symptomatic PAD With & Without Comorbid Diabetes 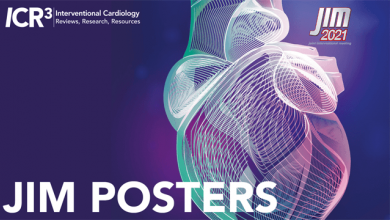 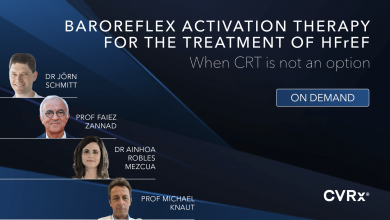 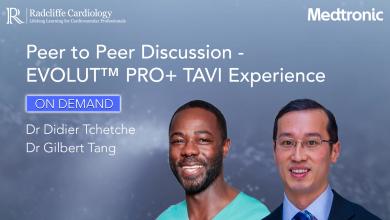 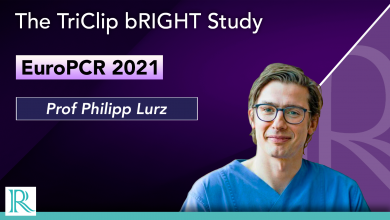