In this video, Dr Martin Maron (Tufts Medical Center, Boston, MA, US) discusses the findings of Redwood-HCM, a phase 2 dose-escalation clinical trial evaluating the effect of second-gen drug aficamten in the treatment of patients with obstructive hypertrophic cardiomyopathy (HCM). This research was originally presented at HFSA 2021. Results indicate aficamten was well tolerated and resulted in effective gradient reduction and improved HF symptoms in this patient population.

- I'm Marty Maron. I'm the Director for the Hypertrophic Cardiomyopathy Centre and Research Institute at Tufts Medical Centre. I'm also Co-Director of the Chanin T. Mast Hypertrophic Cardiomyopathy Centre in Morristown, New Jersey and Morristown Medical Centre. And the study that we're going to be talking about today is Redwood-HCM.

Unmet need in the treatment of hypertrophic cardiomyopathy (HCM)

So the focus of this trial and study, Redwood-HCM, is on the obstructive form of HCM. For hypertrophic cardiomyopathy, or HCM, two-thirds of patients have obstruction to the left ventricular outflow and one-third are non-obstructive. So the focus today in terms of talking about this drug and the trial is on treatment, symptomatic treatment, of obstructive HCM. And when we talk about the unmet need, you know, in that group of patients, there are medical therapies which are good at improving symptoms, but the opportunity for additional medical therapy to help improve, decrease the symptom burden, is due to the obstructive form of HCM. Certainly one of the important unmet needs, in other words, giving patients who have symptoms related to outflow tract obstruction additional medical treatment options is really important. And that's really one of the large unmet needs, and one of the important unmet needs, in this segment of the HCM population, and that's really the goal of this initiative that we're going to be talking about today.

So CK-274, now Aficamten, is a second-generation, oral myosin inhibitor. The way that it works, the mechanism of action, is that it decreases the number of, at the myosin sarcomere level, the number of myosin heads that are interacting with actin. And in a disease like HCM, there's an increased number, or excessive number of myosin actin interactions. And so the drug selectively decreases the number of those, and by doing that it has an effect of decreasing myocardial contractility. And a drug that decreases myocardial contractility has the effect of lowering left ventricular outflow tract gradients in patients with obstructive HCM, and any intervention that can lower outflow gradients can translate into an improvement in symptoms and quality of life. So that's the idea of the mechanism of action and the idea of translating that mechanism of action into a clinical benefit here.

So this is a Phase Two dose escalation clinical trial where patients were with obstructive HCM ages 18 to 85 with either NYHA Class Two or Three limitation with alpha gradients that were basically 50 mm of mercury or greater either at rest or with provocation randomised to traditional, or conventional therapy, with beta blockers or calcium channel blockers, and then either Aficamten or placebo. Followed for 10 weeks. And the safety and tolerability of this dose escalation study was assessed and certain clinical efficacy endpoints also measured, including magnitude of gradient reduction and the improvement in NYHA functional class as well. And so that was the primary goal of the study was both safety, tolerability, but clinical efficacy in terms of gradient reduction, NYHA improvement and other secondary end points were evaluated, too, including changes in ejection fraction, other measures of cardiac performance, including biomarkers like BMP as well.

The key findings are that Aficamten was very effective at lowering, and in a large part obliterating, left ventricular outflow tract gradients in patients on the drug, both at rest and with provocation. And that translated into a significant improvement for many of the patients on Aficamten in symptom burden. So reduction in their NYHA class from either two or three to either one or two. So what we demonstrated with the Phase Two study was that the drug was well tolerated, without any discontinuation or major side effects and had the opportunity to significantly eliminate or lower alpha gradients, while also translating that hemodynamic benefit into a clinical improvement in heart failure.

Well, I think that the results of Redwood-HCM provide a very strong and compelling case to continue investigation of Aficamten in a larger Phase Three effort to further define the magnitude of clinical benefit for this drug in this population of obstructive HCM patients. In fact, that is exactly what's going to happen. The Phase Three clinical trial for Aficamten is anticipated to begin by the end of the year and is going to be called Sequoia-HCM. And I think the HCM community is excited about this opportunity to further explore the benefit of this drug in obstructive HCM with that study.

Aficamten is a second-generation myosin inhibitor. It was well-tolerated and resulted in substantial gradient reduction and improvement in heart failure symptoms in a population of obstructive HCM patients. 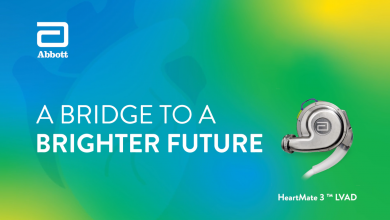 LVAD: A Bridge to A Brighter Future