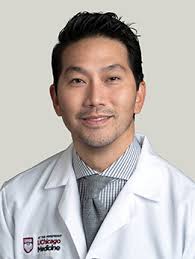 University of Chicago, School of Medicine, Chicago, IL, US

Dr Roderick Tung, MD, is a widely renowned cardiologist and specialist in cardiac electrophysiology with over 20 years of experience in medicine.7, 8 As a child, Dr Tung wanted to be an artist, dentist and conductor.4 Whilst his career followed a different route, besides his known medical work, he is also the CEO and fashion designer of TUNG, a self-titled brand of men’s luxury shirts.4 Dr Tung believes that his eye for detail as a cardiologist is what’s also helped him perfect his fashion designs.11

A speaker of fluent English, Mandarin and Spanish, Dr Tung is the son of Chinese immigrants who came to the United States for graduate school.3 He was always good at science and math and developed an interest in medicine after his father went through successful cancer treatment in the early '80s. His passion for cardiology grew from undergoing an ablation procedure to correct a cardiac arrhythmia in his early 20s.

Dr Tung attended the Northwestern University Feinberg School Of Medicine in Chicago, IL, where he graduated from in 2001.2, 10 In 2002, he began his residency in internal medicine at the Massachusetts General Hospital in Boston, MA, which he completed in 2004.10 He then started a fellowship in cardiovascular medicine at the Cedars-Sinai Medical Center in Los Angeles, CA from 2004 to 2007.10 He further broadened his knowledge and experience in cardiac electrophysiology at the Beth Israel Deaconess Medical Center in Boston, MA.10

Cardiology is Dr Tung’s main specialty, whilst his two subspecialties are general cardiology and cardiac electrophysiology. He is an expert in the management of heart rhythm disorders (arrhythmias), with a particular focus on advanced therapies for atrial fibrillation and ventricular arrhythmias. He specialises in arrhythmia management through catheter ablation — a procedure that targets and cauterises abnormal tissue to eliminate heart rhythm irregularities.5

In 2019, Dr Tung gained further recognition after performing the first cardioneural ablation in the US. This process had already been carried out in Europe, South America and Asia, but not in his home country. The treated patient was a 52-year-old woman who experienced recurring sudden drops in heart rate and blood pressure that had been causing her to faint at least once every two months for most of her life. A year-and-a-half since having undergone the procedure, the patient had reportedly not fainted again.

In 2021, Dr Tung was named Division Chief of the Division of Cardiology and Director of Cardiovascular Clinical Research for the Department of Internal Medicine at the University of Arizona College of Medicine. 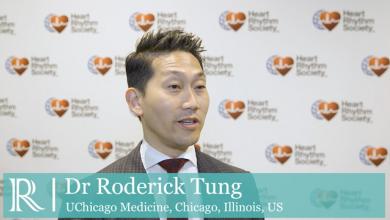 HRS 2019: HIS corrective pacing or biventricular pacing for CRT in HF