Inflammatory heart diseases are characterized as focal, diffuse, or sparse inflammatory processes of the myocardium and its adjacent structures, including pericardium and endocardium.1 Owing to shared etiologies and proximity, myocarditis is often accompanied by pericarditis, known as perimyocarditis or myopericarditis.2 In this article, we present a patient with predominantly right-sided dysfunction from presumed inflammatory heart disease, who became refractory to standard heart failure treatment nine years after initial presentation due to the late occurrence of calcific constrictive pericarditis.

A 42-year-old woman with no significant prior illness was admitted to a hospital with chest discomfort and syncope during exercise two weeks after resolution of a flu-like illness. She was subsequently found to be in atrial flutter with variable atrioventricular conduction, and she underwent successful cardioversion. After discharge, she was referred to us for persistent fatigue, chest tightness on exertion, and 10lb weight gain. Cardiac examination revealed no jugular venous distension and normal carotid upstrokes. The first and second heart sounds were normal, with a mildly increased pulmonic sound and a right-sided gallop as well as questionable pericardial knock. There was no hepatomegaly or lower-extremity swelling, and the remainder of the examination was normal. Laboratory investigation and imaging studies were unrevealing (see Table 1). Right heart catheterization demonstrated elevated right atrial pressure, elevated mean pulmonary artery pressure, equalization of right and left heart filling pressures, a positive Kussmaul’s sign, a square root configuration of the right ventricular pressure curve, and a depressed cardiac index of 2.15l/min/m2. No evidence of coronary artery disease, intracardiac shunt, or anomalies in the pulmonary vessels were identified. Endomyocardial biopsy revealed only some foci of myocyte drop-out and interstitial fibrosis without any evidence of significant infiltrative disease or inflammatory heart disease. Cardiopulmonary exercise testing (CPX) showed no cardiac or pulmonary limitation, with peak oxygen consumption (VO2) of 29.1ml/kg/min. The patient was ultimately diagnosed with heart failure with right-sided chamber dilatation presumably secondary to inflammatory heart disease, and was started on the standard treatment of an exercise program and cardiac rehabilitation.

For nine years of this standard treatment for heart failure, the patient remained at her New York Heart Association class I functional capacity. She then developed insidious progressive impairment in her exercise tolerance. Her B-type natriuretic peptide (BNP) increased from 71 to 378pg/ml over one year (normal level <100pg/ml). Her chest X-ray revealed a curvilinear calcification adjacent to the left heart border (see Figure 1). Computed tomography of the chest demonstrated a 2–3mm pericardial calcification that extended to both left and right sides and all the way up to the reflection of the pericardium onto the great vessels. A tuberculin skin test was negative. CPX testing showed a significant decline in her exercise capacity, with peak VO2 15.2ml/kg/min. The patient underwent successful surgical total pericardiectomy (see Figure 2). Histopathologic evaluation of the pericardium revealed calcific fibrous thickening and minimal non-granulomatous lymphoplasmacytic infiltration. After surgery, the patient showed a remarkable improvement in symptoms with an increase in overall functional status. Her BNP decreased to 91pg/ml. Repeat CPX testing showed a dramatically improved peak VO2 of 28.3ml/kg/min.

Our patient presented with acute onset of right-sided heart failure with evidence of right atrial and ventricular enlargement seen on imaging studies within two weeks after her flu-like illness. An extensive diagnostic work-up to exclude the possible etiologies of right-sided heart failure, including myocarditis, infiltrative disease, left-to-right intracardiac shunt, pulmonary embolism, pulmonary hypertension, and arrhythmogenic right ventricular dysplasia, turned out to be normal. Endomyocardial biopsy, viral serology, and computed magnetic resonance did not reveal any significant pathology. However, in view of the insensitivity of endomyocardial biopsy sampling,3–5 the patient’s viral prodrome and her symptoms preceding acute onset of heart failure with dilated cardiomyopathy of unknown etiology all suggest the presumable diagnosis of inflammatory heart disease.

Alternatively, it is conceivable that, because of the proximity of the pericardium to the myocardium, inflammatory damage to one may also extend to the another.6 In this patient the initial questionable pericardial knock, square root configuration on the right ventricular curve, and positive Kussmaul’s sign should have been clues of pericardial involvement and enhanced risk for further pericardial involvement and potential for a constrictive pattern. However, these resolved and the patient improved during the follow-up period, only to subsequently relapse with worsening of her functional capacity, elevated BNP, and a curvilinear calcification adjacent to the left heart border on chest X-ray after nine years. We hypothesize that the patient may have had concurrent inflammation of the pericardium along with myocarditis at the initial presentation. It is likely that while the initial inflammation of the pericardium diminished, there was subsequent insidious, slow progression toward calcification, and pericardial fibrosis.

In conclusion, we present a case of predominantly right-sided cardiomyopathy, presumably secondary to inflammatory heart disease, with the development of worsened functional capacity and worsening evaluations (BNP and CPX) nine years after the initial presentation, culminating in symptom-provoking, calcific constriction of the myocardium. Close monitoring and careful evaluation of patients with presumed inflammatory heart disease is warranted because of the potential for late-occurring chronic constrictive sequelae. 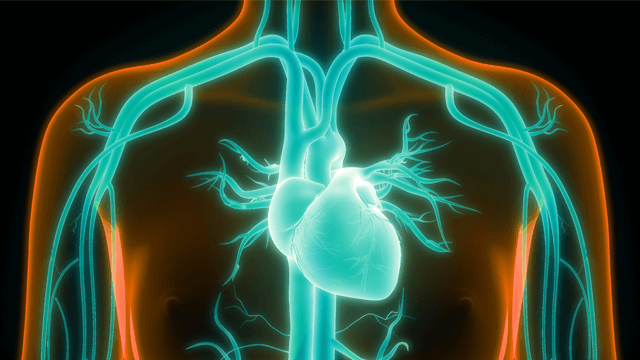 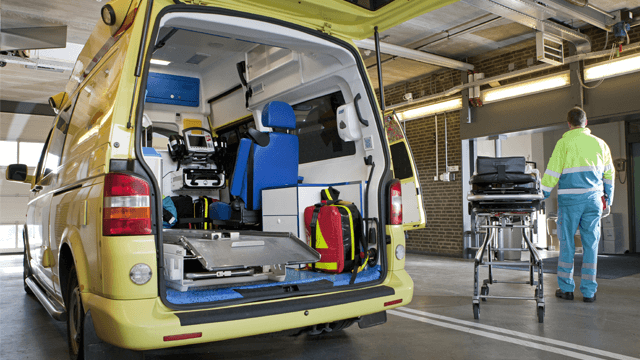