Cardiac tamponade (CT) is a pathophysiologic continuum where hemodynamic embarrassment occurs as a result of progressive, decreased venous return that impairs diastolic ventricular filling, which in turn, when uncorrected, severely compromises cardiac output. While CT is classically associated with high intrapericardial pressures due to rapidly accumulating large pericardial effusions, low-pressure CT is a recognized entity in which a comparatively low intrapericardial pressure could result in cardiac chamber compression and subsequent cardiovascular collapse. In this article, we highlight a previously unreported scenario of rapidly re-accumulating, acute CT in the setting of left ventricular rupture in a patient who had presumably presented with low-pressure CT due to hemoperiardium.

Cardiac tamponade (CT) is a pathophysiologic continuum where hemodynamic embarrassment occurs as a result of progressive, decreased venous return that impairs diastolic ventricular filling, which in turn, when uncorrected, severely compromises cardiac output.1,2 The overall risk for death depends on the speed of diagnosis, treatment, volume, and rate of fluid accumulation as well as the underlying pathologic process.1 While CT is classically associated with high intrapericardial pressures owing to rapidly accumulating large pericardial effusions, low-pressure CT is a recognized entity in which a comparatively low intrapericardial pressure could result in cardiac chamber compression and subsequent cardiovascular collapse.3–6 Our case highlights a previously unreported scenario of rapidly re-accumulating, acute CT in the setting of left ventricular rupture in a patient who had presumably clinically presented with low-pressure CT due to hemopericardium.

A 70-year-old physically active female with a history of paroxysmal supraventricular tachycardia on sotalol 80mg twice daily presented to the emergency room with a brief syncopal episode. Prior to experiencing syncope, she had felt slight dizziness while running on a treadmill. There was no associated pallor, cyanosis, tremors, or seizure-like activity. On regaining consciousness, she denied chest discomfort, dyspnea, palpitations, headache, leg pain, fever, or chills. She had, however, been concerned about mild to moderate epigastric discomfort for two days with some intermittent nausea. On physical examination, the patient was hypotensive with a systolic blood pressure of 60mmHg, and she had a heart rate of 60 beats per minute. Her jugular venous pressure and cardiorespiratory and abdominal examinations were unremarkable. An emergent computed tomographic scan of the abdomen ruled out an abdominal aortic aneurysmal leak or rupture. However, an incidental, small, circumferential pericardial effusion was noted (see Figure 1), with a 3x7cm extracardiac mass extrinsic to the right atrium without appreciable cardiac chamber compromise. There was no electrocardiographic evidence of ischemia, electrical alternans, or low-amplitude QRS complexes. Her complete blood cell count and serum biochemistry were within normal limits. The initial cardiac troponin T was elevated at 0.34ng/ml, while serum creatinine kinase was normal. A transthoracic echocardiogram performed an hour after the initial computed tomography of the abdomen confirmed the unchanged small pericardial effusion with no evidence of CT, and demonstrated preserved left ventricular systolic function.

Hours later, despite fluid resuscitation and inotropic support, the patient’s blood pressure did not improve significantly. Although still not symptomatic, and despite the fact that repeat cardiac enzymes were now unremarkable, it was felt that the patient would benefit from a cardiac catheterization to rule out obstructive coronary artery disease. However, just prior to obtaining femoral access, the patient complained of sudden dyspnea and demonstrated sudden hemodynamic imbalance before becoming acutely cyanotic. Pulseless electrical activity with intermittent atrial tachycardia ensued, requiring cardiopulmonary resuscitation. A repeat transthoracic echocardiogram now confirmed a large circumferential pericardial effusion with tamponade physiology.

Subxiphoid pericardiocentesis was performed emergently, draining >300ml of bloody fluid. Although it was suspected that the unidentified mass adjacent to the right atrium had ruptured into the pericardium, administration of intravenous agitated saline did not demonstrate communication between the structures. (Agitated saline was prepared by squirting 10ml of saline back and forth at least five times between two syringes with the use of a three-way stopcock to create microbubbles before injecting the fluid into the venous circulation. The passage of at least five microbubbles from the right atrium into the adherent mass within three cardiac cycles following injection of the agitated saline would have been considered a positive test.) A large collection of fibrinous pericardial fluid was also confirmed posteriorly, with further delineation of the extracardiac mass via transesophageal echocardiography (see Figure 2). However, the patient relapsed repeatedly into acute CT, necessitating emergent pericardial exploration. The patient suffered cardiac arrest during surgery and died despite aggressive internal cardiac massage. The autopsy later confirmed a large hemorrhagic anterior myocardial infarction with left ventricular free wall rupture as the etiology of the pericardial effusion and subsequent hemodynamic compromise in the patient. The extracardiac mass located at the right cardiophrenic angle was identified as an atypically shaped but intact, non-communicating pericardial (celomic) cyst.7

Acute CT was described by Reddy et al.8 in three progressive phases. In phase I, the ensuing stiffness of the ventricle directly results from the initial accumulation of pericardial fluid and ventricular filling pressure rises above intrapericardial pressure. Further fluid accumulation heralds phase II, in which intrapericardial pressure increases above ventricular filling pressure, causing a rapid decline in both cardiac input and output.

A further decrease in cardiac output occurs in phase III owing to the equilibration of pericardial and left ventricular filling pressures, precipitating severe deterioration of end-organ perfusion and, ultimately, shock.8 Classic clinical diagnosis therefore often relies on ‘textbook’ clinical findings, such as the presence of pulsus paradoxus, elevated jugular veins with a rapid ‘x’ descent, and/or an attenuated or abolished ‘y’ (diastolic) descent, Ewart’s sign, Beck’s triad (a combination of jugular venous distension, hypotension, and muffled heart sounds), or electrical alternans on the electrocardiogram.1,2 However, with rapidly accumulating pericardial effusions such as occur with spontaneous left ventricular rupture, time is crucial and pathognomonic signs as well as symptoms may understandably be overlooked or even masked.

Low-pressure CT was first described clinically by Antman et al.3 in 1979. It is a poorly characterized syndrome in which the typical manifestations of CT such as jugular venous distention or pulsus paradoxus are absent.6 As such, not only does it often predispose to a diagnostic dilemma, but it could perhaps also account for both the low reported prevalence and the limited available clinical information to guide diagnosis. In a retrospective series of 1,429 patients with pericarditis, of whom 279 had undergone combined pericardiocentesis and cardiac catheterization between 1986 and 2004, Sagristà-Sauleda et al.6 found that only 29 patients had cardiac catheterization-based criteria of low-pressure CT (intrapericardial pressure <7mmHg pre-pericardiocentesis and right atrial pressure <4mmHg after intrapericardial pressure had been lowered to near 0mmHg post-pericardiocentesis). The authors noted that these patients less frequently demonstrated clinical signs of CT, although the rate of constitutional symptoms, use of diuretic medications, and echocardiographic findings of CT were somewhat similar to those seen in patients with classic CT.

The clinical presentation of our patient did not support that of an acute myocardial infarction. There were no changes on the electrocardiogram to suggest this and creatine kinase was normal, although, disproportionately, troponin was elevated. The transthoracic echocardiogram confirmed the absence of any wall-motion abnormalities and did not reveal thinned or aneurysmal myocardial segments to suggest previous myocardial injury or scar. Thus, her hypotension was perhaps less likely to have been caused by a myocardial infarction that was large, with left ventricular rupture, or at least considerable enough to cause the symptom. However, it is unclear if our patient could have later suffered a myocardial infarction during resuscitation or when subject to emergent surgery. In any case, her overall compromised state may certainly have made her most susceptible throughout the course of her presentation. Indeed, intrapericardial pressures were not determined in our patient to confirm low-pressure CT. However, owing to the rapid progression of the sequence of events that ultimately led to her death, such measurements were neither conducive nor appropriate. Moreover, a precise definition to describe low-pressure CT remains undetermined. As such, this patient’s potential diagnosis could perhaps have been missed or overlooked clinically, despite the small pericardial effusion, if she had not progressed to classic CT. Clinicians should therefore always be aware of the varied spectrum of presentations that may be associated with CT to be better prepared for similar, atypical as well as unexpected challenges. 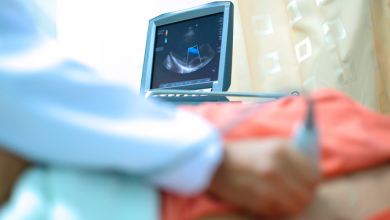