Disclosure: The author has no conflicts of interest to declare.

Despite remarkable advances in revascularisation procedures such as percutaneous coronary intervention (PCI) and coronary bypass graft surgery (CABG), a considerable number of patients with intractable angina are not candidates for these procedures. Coronary collateral circulation (CCC) is an alternative blood-conveying circuit to potentially ischaemic myocardium. Promotion of CCC is a therapeutic strategy for these patients. Proof of concept has been established for arteriogenesis, namely coronary collateral growth.1 In addition, proof of mechanism has been accumulated regarding triggers of arteriogenesis.2 On the basis of the aforementioned recent progress in this field in terms of basic and clinical research, this article focuses on collateral-promoting therapy for coronary artery disease.

Serotonin (5-hydroxytryptamine [5-HT]) released from platelets dilates arteries via 5-HT1B receptors in endothelial cells, which are coupled to the activation of endothelial nitric oxide synthase, and constricts them via 5-HT2A receptors in vascular smooth-muscle cells (see Figure 1). A small dose of serotonin dilates the coronary artery, while a large dose of serotonin constricts it in normal subjects. By contrast, both small and large doses of serotonin constrict coronary and collateral arteries in patients with coronary atherosclerosis and well-developed collateral circulation, which is presumably due to depressed endothelial function.11 We reported that orally administered sarpogrelate, a 5-HT2A antagonist, improved exercise capacity as a result of increased collateral blood flow to ischaemic areas in angina patients with well-developed collaterals.12 These beneficial effects of sarpogrelate were re-confirmed in a subsequent multicentre clinical study.13 The chronic administration of sarpogrelate induced not only collateral recruitment but also collateral growth (arteriogenesis) in rabbit hind-limb ischaemia14 and diabetic mouse hind-limb ischaemia.15 The possible mechanism of sarpogrelate-induced arteriogenesis is as follows: the increased blood flow mediated by sarpogrelate augments the fluid and pulsatile shear stress at the site of pre-existent collateral vessels, leading to arteriogenesis.16 Thus, chronic administration of sarpogrelate effectively enhances collateral blood flow through both collateral recruitment and arteriogenesis.

The time course of arteriogenesis, namely collateral growth, is summarised as molecular and cellular events in a monograph.17 The principal mechanism of arteriogenesis is proliferation of vascular smooth-muscle cells in the pre-existent collateral vessels, which is accomplished by a complicated cascade triggered by increased shear stress on vascular endothelial cells.1,2,17

To ensure the augmentation of collateral flow by exercise and to maximise the exercise benefit, the following issues must be addressed. First, both a non-stenosed collateral-providing artery18 and an occluded collateral-receiving artery19 are indispensable to establish a significant pressure gradient across the collateral network. Second, the absence of previous myocardial infarction and the presence of viable myocardium are important20 because intact microcirculation in the area perfused by the occluded artery is required for adequate coronary collateral flow. Thus, it is conceivable that exercise training in patients with chronic stable angina is facilitated if the above-mentioned conditions are fulfilled.21

Enhanced external counterpulsation (EECP) is well appreciated as a less invasive therapeutic modality for ischaemic heart disease. EECP is conducted by electrocardiogram (ECG)-gated sequential inflation and rapid deflation of three sets of cuffs wrapped around the lower extremities. EECP enhances the aortic diastolic pressure by driving the pressure of coronary and collateral blood flow, leading to increased intravascular fluid and pulsatile shear stress. EECP also decreases myocardial oxygen consumption as a result of systolic unloading. On the basis of the aforementioned conceptual framework, Arora et al. showed that a total of 35-45 minutes of EECP effectively and safely improved exercise capacity and angina symptoms in patients with stable angina.22 There are two possible mechanisms underlying the increased blood flow to potentially ischaemic myocardium. First, it is likely that EECP treatment enhances arteriogenesis as a result of increased coronary collateral blood flow and the resultant augmented intravascular fluid and pulsatile shear stress, which is the case in intra-aortic balloon pumping.23 Alternatively, endothelial dysfunction is responsible for the pathogenesis of decreased coronary flow reserve.24 Accordingly, improvement of coronary endothelial function with EECP would enhance coronary flow reserve in the area perfused by the severely narrowed coronary artery and/or collateral vessels.25

Sackner invented a horizontal motion platform, which was inspired by a mother hugging and bouncing her baby up and down.26,27 The platform moves the body repetitively in the direction from head to foot approximately 140 times per minute. This stimulates the release of biologically active substances such as nitric oxide.26 The physiological effects of these mediators released during a 45-minute treatment with the motion platform have been proved to be comparable to the effects of moderate to strenuous exercise.27

We hypothesised that whole-body periodic acceleration (WBPA) increases the pulsatile shear stress on the pre-existing coronary collateral arterioles in patients with severe coronary artery stenosis, and that arteriogenesis resulting from the increased shear stress improves exercise capacity, myocardial ischaemia and left ventricular (LV) function. We also supposed that these beneficial effects on the blood flow to ischaemic myocardium would be accentuated by the improved coronary flow reserve in the area supplied by a severely narrowed coronary artery and/or collateral vessels28 because the WBPA treatment improves vascular endothelial function.29 Indeed, in 13 angina patients who were not indicated for PCI and/or CABG, 20 sessions of 45 minutes of WBPA treatment significantly increased the mean treadmill exercise time in the standard Bruce protocol until 0.1mV ST depression from 4.4 to 6.7 minutes, and the double product at 0.1mV ST depression from 15,400 to 18,900mmHg.beats/minute. A resting radionuclear study revealed a significant increase in the LV ejection fraction from 50 to 55% along with a decrease in LV end-diastolic volume index from 73 to 60ml/m2. Adenosine myocardial scintigraphy demonstrated that both ischaemic and hibernating myocardia became smaller with the WBPA treatment.30 Thus, WBPA treatment will open a new field of therapeutic strategies for patients with intractable angina.

Schaper emphasised the importance of monocytes/macrophages for arteriogenesis.17 Accumulated and activated monocytes produce and release a variety of angiogenic growth factors, which is potentiated by granulocyte macrophage colony-stimulating factor (GM-CSF) upregulation in endothelial cells at pre-existent collateral arterioles as a result of increased intravascular shear stress.31 It has been documented that locally delivered GM-CSF accelerates arteriogenesis by augmenting the function of monocytes/macrophages.32 Seiler et al. translated these experimental findings to clinical situations.33,34 Although GM-CSF treatment increased the collateral flow index in these studies, coronary plaque rupture occurred in two of seven GM-CSF-treated patients.34

Heparin plays important roles in arteriogenesis and angiogenesis, the former of which was predominant in Franklin's model with brief repetitive coronary occlusions.35 However, heparin alone does not act as an angiogenic factor, but may potentiate the effects of several angiogenic growth factors released from activated monocytes at the site of pre-existent coronary collateral arteries.36 We investigated heparin treatment combined with exercise in 16 patients with angiographically documented coronary artery disease and chronic angina. Each patient undertook strenuous exercise twice a day for 10 days. Ten patients were intravenously injected with heparin 10-20 minutes before each exercise session. The double product indicating myocardial oxygen consumption at 0.1mV ST depression remained unchanged in controls, but increased by 19% in the heparin-treated patients. Repeated coronary angiography revealed actual development of collateral vessels.37 Beneficial effects of heparin on promoting arteriogenesis have been confirmed in animal38 and clinical studies.36,39-41 Heparin exercise treatment is inexpensive; however, heparin-induced thrombocytopenia must be closely checked in clinical practice.

Not Collateral- but Angiogenesis-promoting Therapy

In contrast to the above-mentioned collateral-promoting therapy, other approaches are based on the concept of augmentation of not arteriogenesis but angiogenesis in the area perfused by the ischaemia-related coronary artery. Henry et al. have demonstrated in a double-blind, placebo-controlled trial that intravenous administration of recombinant human vascular endothelial growth factor (VEGF) did not improve exercise tolerance and angina symptoms beyond the effects seen with placebo.42 Three multicentre randomised controlled clinical studies evaluating the effect of intracoronary injection of autologous bone-marrow-derived mononuclear cells on LV functional recovery in acute myocardial infarction patients with primary PCI revealed inconsistent results.43-45 Two trials showed moderate but significant improvement in the LV ejection fraction,43,44 while there were no beneficial effects in the third trial.45 The failure or equivocal benefits of these approaches may be interpreted as follows.

First, collateral blood flow is mainly enhanced by arteriogenesis. The contribution of angiogenesis induced by VEGF administration or various angiogenic growth factors included in the fluid of transplanted bone marrow is minimal or absent.46 Second, angiogenic effects resulting from a single bolus administration of VEGF45 or several growth factors secreted by transplanted cells will disappear during a relatively short time period.47,48

Low-energy shock-wave therapy was introduced and developed by Shimokawa et al. as an alternative mechanical application to increase coronary blood flow to ischaemic myocardium. Extracorporeal shockwave therapy is now frequently utilised to fragmentise kidney and urethra stones. Approximately 10% of the energy used for the treatment of urolithiasis is applied for cardiac shock-wave therapy.49,50 In a pig model of myocardial ischaemia with an ameroid constrictor on the coronary artery, low-energy shock-wave therapy to potentially ischaemic myocardium significantly increased the capillary density and VEGF expression along with regional myocardial functional improvement.49 Subsequently, in a double-blind placebo-controlled study of patients with intractable angina, the efficacy and safety of low-energy shock-wave therapy were confirmed.50 The underlying mechanism of the treatment is considered to be augmentation of angiogenesis in the ischaemic area. Although such original treatment is challenging, the potentiation of angiogenesis may be limited to enhancing coronary perfusion for the above-mentioned reason.46

Figure 2 shows a schematic diagram of the proposed mechanisms for several of the collateral-promoting treatments described in this article. Promotion of arteriogenesis is an attractive therapeutic approach for patients with intractable angina. Further studies from various points of view are needed to realise a new collateral-promoting therapy in the near future. 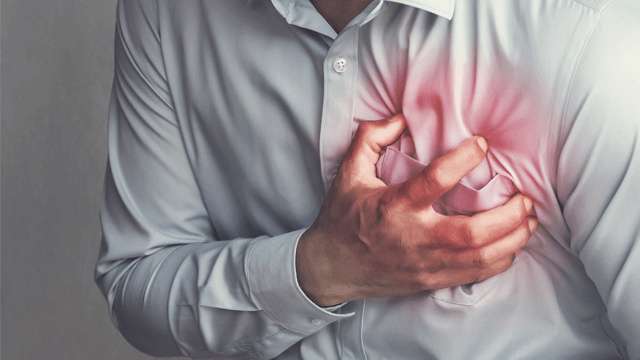 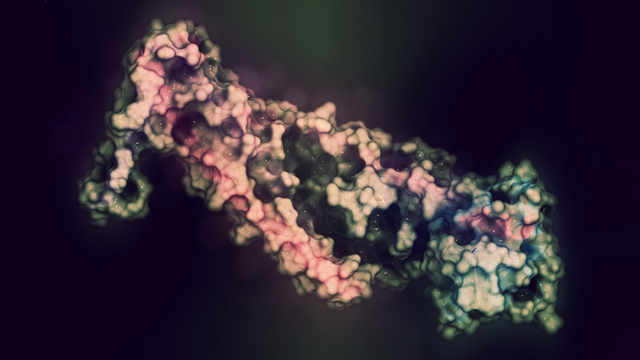