This is the only FDA approval of its kind—minimally invasive ablation therapy—patients with long-standing persistent atrial fibrillation (AF).

It significantly expands AF treatment options for this category of AF patients. With this therapy, the superiority trial showed a 35% difference in effectiveness at 18 months compared to endocardial RF ablation alone.

Incorporating both endocardial RF and epicardial therapies, the Hybrid AF Convergent procedure targets two areas where AF originates and creates transmural lesions that stop the onset of AF. This therapy may provide a long-term solution for appropriately selected patients with long-standing persistent AF. 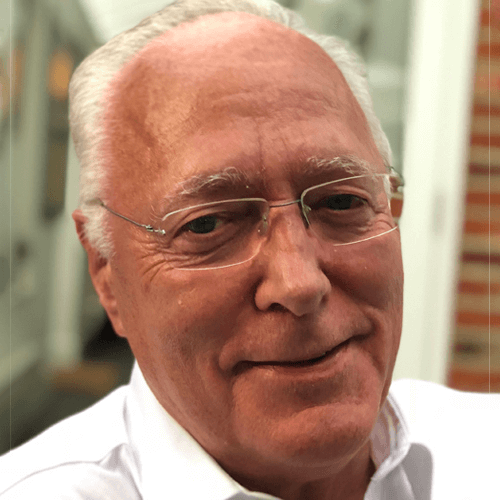 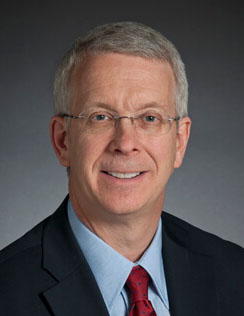 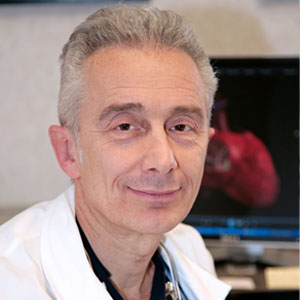 This webinar is supported by:

Professor Camm is Editor of the European Society of Cardiology Textbook of Cardiovascular Medicine and ESC CardioMed, Electrophysiology of the Heart, Clinical Cardiology and Evidence Based Cardiology.  He has written or edited more than 40 books, predominantly in the field of cardiac arrhythmology. He has authored or co-authored more than 1450 peer reviewed papers, more than 500 book chapters, and in excess of 2500 accepted abstracts.  He has delivered more than 1000 international lectures.

Professor Camm has been involved in the production of numerous guidelines, including the ESC guidelines for the management of atrial fibrillation.

Prof Camm is a member of the Arrhythmia & Electrophysiology Review editorial board.

Dr Hugh Grosvenor Calkins was born in Boston on December 20, 1956.7 His family moved to the small town of Hamburg, New York, where he grew up as the sixth of nine children.1 His father was a rheumatologist and his mother was a general physician and two of his siblings also went into medicine.1

He enjoys training and mentoring the next generation of electrophysiologists and says his family is his top interest outside of work.1 He and his wife have three children and live in Maryland. He enjoys sailing, skiing, travel and playing tennis.1, 4

Dr Calkins decided to go into medicine as a teenager and got a Bachelor’s degree in Chemistry from Williams College in 1979. He received his MD from Harvard in 1983 and finished training in Internal Medicine at the Massachusetts General Hospital in 1986. He then completed his cardiology and electrophysiology fellowships at Johns Hopkins in 1989.2

He has clinical and research interests in the treatment of cardiac arrhythmias with catheter ablation, the role of device therapy for treating ventricular arrhythmias, the evaluation and management of syncope and the study of arrhythmogenic right ventricular dysplasia.5

Dr Calkins has over 38 years of experience in the medical field. He is an Associate Editor of the Journal of Cardiovascular Electrophysiology and is on the editorial board of several prestigious publications including The Journal of the American College of Cardiology; HeartRhythm and Circulation: Arrhythmia and Electrophysiology.6 He is a former member of the American Board of Internal Medicine Electrophysiology Boards Test Writing Committee. Dr Calkins is a fellow of the American College of Cardiology, the American Heart Association and the Heart Rhythm Society. He led a 44-member international task force whose 2012 Expert Consensus Statement gave recommendations for treatment and research of atrial fibrillation. Dr Calkins is a past president of the Heart Rhythm Society and was elected to be a member of the Miler Coulsen Academy of Clinical Excellence in 2014.2

Over two decades ago Dr Calkins founded the Johns Hopkins ARVC Program, which is the largest and most comprehensive clinical and ARVC research program in the world. He is currently leading several research studies in the field on the topics of the role of exercise in ARVC, assessing the risk of sudden death in patients and the relationship between specific genetic mutations and some clinical features of the disease.6

He has published more than 500 articles and book chapters on a wide variety of cardiac arrhythmias. His research has focused predominantly on catheter ablation, atrial fibrillation, syncope and arrhythmogenic right ventricular dysplasia.2

Dr Calkins is on the AER editorial board.

Dr Claudio Tondo is the chairman of the Heart Rhythm centre at Centro Cardiologico, University of Milan, Italy. Dr Tondo's interests range from clinical aspects of arrhythmias to genetics.