ESC 22: 3 Trials That Will Change Your Practice With Preventive Cardiologist, Dr Martha Gulati

ESC Congress 2022 — In this short and practice-focused review, Dr Martha Gulati, Associate Director of the Barbra Streisand Women Heart Center and Director of CVD Prevention (Cedars-Sinai Medical Center, US) shares some her thoughts on the top 3 hot line trials.

Trials covered in detail include:

00:27: TIME: The Treatment in Morning versus Evening

My highlights, surprise surprise at this meeting, are prevention trials. The first trial that I wanted to highlight is the TIME trial. And this was a trial looking at the timing of hypertensive medications. They compared whether giving medications in the morning or medications in the night, what was the ultimate outcome? Did you do better by one or the other? And it's important for us to want this trial because we've had some data supporting that perhaps taking medication at night-time might be better.
We certainly know that nocturnal blood pressure elevations are actually quite dangerous and actually maybe more predictive of adverse outcomes. This trial though showed that there was no difference in terms of the primary outcome if medications were taken in the morning or in the night. So, what does that mean for clinical practice? To me, it means that it doesn't matter when the patient takes the medication. I think they should take it when they would be most compliant with it. And also, when they are less likely to have adverse side effects, some patients tell me that they're less likely to have problems if they take the medications at night.
And so, they should take it at night-time. For other patients, they might not remember it at night-time, but they'll only remember it in the morning. And I think this trial was a really important trial for us to have here at the European Society of Cardiology.

The next trial that I think was important and was a positive trial was the SECURE trial. SECURE was looking at a polypill. And you know, we've been talking about polypills now for a number of years for their ease of use, you know for patients after myocardial infarction they're often given a number of prescriptions and remembering them and taking them, adhering to the medications is not really great.
We know after myocardial infarction, only about 50% will continue taking their medications on a regular basis one year out. So this trial was looking at would the poly pill increase adherence but also what did it mean for cardiovascular outcomes?
Well, what they found is that when they compared the polypill to usual care, the polypill patients were much more adherent. Surprisingly though more adherences did not translate into improved LDL or improved blood pressure. In fact, the two groups were exactly the same. Nonetheless, they reported a significant difference in cardiovascular outcomes or the primary endpoint in the group that was assigned to the polypill. There's been a lot of hypothesis. Is it the pleotropic effects of statins and ACE inhibitors?
Is it the benefit of aspirin since there was a greater aspirin adherence overall by taking a polypill that reduced the primary endpoint in the polypill arm? I don't know if these results can actually be explained that way.
And I still have a lot more questions for this trial specifically so I'm not sure how it's going to affect my practice. I think it was interesting to have a polypill studied in Europe rather than in the developing world.
I think in the United States it has even more implications for my population in the sense that a polypill, the co-pays that our patients pay for each individual pill can also be a barrier to adherence. But overall, our biggest issue for our patients worldwide is adherence to medications. Even after a myocardial infarction initially early on patients are scared. They take all their medications they do everything that we ask them to do but over time we know that changes. So these are important questions, but I'm not sure that it has been answered by this trial.

The next trial that I think was very interesting from a prevention standpoint point was the DANCAVAS. That study, I mean, first say I was disappointed in the trial in general. I think first off, they didn't enrol any women in this trial, and that is really concerning to me.
In this day and age we shouldn't have trials that exclude women. It doesn't mean that these trial results apply to women at all, we just don't know. But this was a trial of men, and this was doing a type of imaging looking for coronary artery calcium looking for aortic disease, also doing blood work and sort of this mass screening of patients to say, should we be screening everyone in this elderly population in this elderly Danish population?
So, the trial results were neutral actually. Although I know it's been spun in many different ways of course their sub-analysis did show that patients under the age of 70 did actually have a benefit of this whole body scanning, if you will or this whole testing that they did, but overall in the entire trial, it wasn't, it was a neutral result.
I think everyone's going to have a different way of interpreting these results. But I think for now I would say that right now we don't have evidence for that for specifically adding in coronary artery calcium and aortic scanning. I think that we need to talk about how our risk scores work specifically in this population using our risk scores probably would've identified high risk patients. And a lot of the differences that we saw were that the fact that the patients who got treatment did better.
Well, we need to treat patients who are at high risk with appropriate guideline directed medical therapy. But do we need to do the type of scanning that they did in this study in everyone, will that improve prevention? I think prevention starts a lot younger and of course this wasn't the patient population that they studied. But I think that we need to be studying younger people starting our prevention therapies earlier and that will actually help us save more lives. 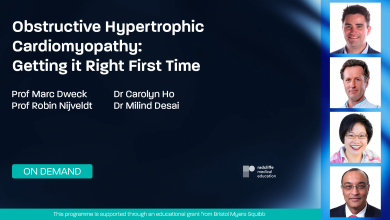 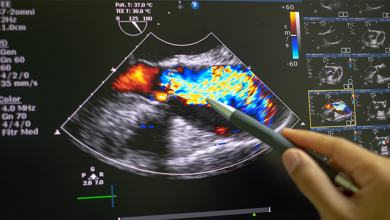