In this video we asked Dr Avirup Guha, Inaugural Director of Cardio-Oncology at Medical College of Georgia to summarise the topic of  the role of big data in driving cardio-oncology forward. Dr. Guha’s research focuses are big data and cardio-oncology.

About the A-Z Series:
In recent years, cardio-oncology (C-O) emerged as a subspeciality focusing on the cardiac management of cancer patients. In our new Cardio-oncology A to Z series we are aiming to provide you short summaries of C-O concepts curated by Dr Arjun Ghosh and delivered by practicing experts of this field.

- Hi, everyone, my name is Avirup Guha. I'm the Director of Cardio-oncology at the Georgia Cancer Centre and Assistant Professor of Cardiology in the Division of Cardiology at the Department of Medicine at the Medical College of Georgia at Augusta University.

Why is big data relevant in cardio-oncology?

Big data is relevant in cardio-oncology for several reasons, I have four today to present. Cardio-oncology is an overlap between cardiology and oncology and one thing which we have issues within cardio-oncology is that our guidelines don't have any solid evidence. Most of our evidence comes as a level of evidence C, which is expert opinion.
We also noticed that a lot of the cardiovascular trials exclude cancer patients and cancer trials exclude cardiovascular patients, as real-world evidence of taking care of these patients is missing.
The trials in the field of cardio-oncology also lack precision and most of the trials have been negative or equivocal so far because they're not mega-trials like cardiology or oncology, and if we don't ask precision-based questions, then the trial tends to be equivocal.
And then finally, I think big data is an easy way to collaborate between cardiology and oncology thus sort of generating interest and collaboration, thus furthering the field of cardio-oncology.

What are some of the big data questions already answered in c-o?

There are multiple questions which have been answered and it would be difficult to discuss each question which has been answered. What I do have is three major papers which I'd like to highlight, these papers are published in high-impact journals, to bring to attention the fact that big data is definitely a good source of gathering data in the field of cardio-oncology, especially to elevate the levels of evidence.
The first one was one where I performed this research with my colleague at Ohio State, where we looked at atrial fibrillation in patients with new-onset breast cancer. And we saw that there's been increase in breast cancer incidence when we follow these patients for a year. We also see that the breast cancer stage and grade is a risk factor for atrial fibrillation. And then, finally, the new-onset atrial fibrillation increases cardiovascular and all-cause mortality but not breast cancer mortality in these patients, which was a novel and interesting finding in this big data research, done using the SEER-Medicare registry from the United States.
The other data set which I'd like to point out is the UK Biobank data set, which was merged with multiple other UK-based registries, where a paper published in Lancet, 2019, showed follow-up in cancer survivors up to 12 years and it was a very interesting analysis where we could see the natural history of some of the conditions such as arrhythmias, heart failure, venous thromboembolism in various cancers over a long period of time, the natural history of which was sporadic and from single-centre or multi-centre studies. Here, we had hundreds of thousands of patients and that solidifies some of the notion we had, and it changed our notion about certain other natural histories.
The third one which I would like to bring attention to is a paper published in European Heart Journal by colleagues in France and the United States, where they looked at the World Health Organisation big data resource, pharmacovigilance study using the VigiBase, where they looked at the incidence of torsades or ventricular arrhythmias due to prolonged QT, which are induced by anti-cancer medications.
The most interesting part of the study is we see a shift in medicines causing this arrhythmia, from traditional anti-cancer therapies to more targeted therapies, the most common one being tyrosine kinase inhibitors. And the incidence of these arrhythmias has gone up significantly in the last decade, specifically after 2014, where we have seen a lot more use of targeted therapies and that's when cardio-oncology also has gotten into more woe, thus sort of showing how big data is able to create a use case for having cardio-oncology as a specialty.

What are the big data questions to be answered in c-o?

That leaves every question unanswered so far because we are just starting up in the field of cardio-oncology from all kinds of research standpoint. In fact, the American Heart Association just funded the Strategically Focused Research Network grant which we were glad to be part of, where we are doing some population science big data studies to answer questions regarding disparities in cardio-oncology.
But, if I have to draw attention to one manuscript which sort of captures everything which needs to be done in the field of cardio-oncology, it would be a paper published in JACC Cardio-oncology with first author Dr Daniel Lenihan, who's the Past President of International Cardio-Oncology Society. And this was the proceedings from the São Paulo meeting, which was held in 2018-2019, and several things were pointed out as what we need to do in the field of cardio-oncology to advance the field.
And I think big data can be used to detect cardiovascular events in immunotherapy, like we are starting to find how immunotherapy is increasing the risk factors for sclerosis, understanding more about tyrosine kinase inhibitor related toxicity, as we have a lot more number of patients, using big registries such as IBM MarketScan.
Then, to find robust predictors of cardiotoxicity, and this points back to looking at molecular big data, where we get a lot of data from one patient, rather than a lot of patients with less number of fields, to find biomarkers. And then, we need to clarify the role of cardioprotection and also cardiovascular intervention after cardiotoxicity, using directed clinical trials which we get evidence from using retrospective big data resources.

How can trainees get more exposure to big data c-o?

I would like to first bring to attention of how we will be able to answer the big data questions and then dovetail into how trainees can help there. So, there are multiple national and international registries which are being made, where we could use the help of trainees to elevate the level of evidence as we talked, from level of evidence C to level of evidence B. And also, the trainees could focus their attention towards getting trained in population science while doing their cardio-oncology fellowships, wherein they could use resources, even outside the institution which might not be offered there, such as massive online learning such as edX, Coursera etc., to learn statistical analysis to help with some of this research.
As I always say, all teams of population science research, including cardio-oncology, need dedicated statistical support and they could play that role. The advantage of being a clinical cardio-oncology fellow would be that they could play the role of a cardiologist or an oncologist and also be the statistical support, thus making the research move faster. Additionally, trainees need to focus on, when they're reading papers which are data science heavy, just focus on the methods section because that's where the meat of the manuscript lies. If the methods are not good, then if the discussion or the results look good, then I would definitely take the results with a pinch of salt.
Then, as trainees become attendings and they hold leadership positions, they need to focus their institutional efforts towards investment of the electronic medical records being more of a source of data, so that rich data from the institution with a large number of patients who have already been taken care of, can be made into big data sources.
Additionally, institutions need to pay attention towards getting access to large data sources, such as SEER-Medicare, Medicare and Medicaid registries, and national registries are always there in countries which have a national insurance system, such as the United Kingdom or the Danish registry, which could be used for cardio-oncology research.
Specific to trainees, I think it's important to reach out. There's data science research happening across the globe; many of us are doing data science research and population science research. Don't be afraid of hearing a no because that's how you would find the right mentor. And, the fact that data science research can be done from anywhere, using a lot of free resources which we have available online, you can get this research started from wherever you are, unlike other types of research. So, that's my final take-home for the trainees. 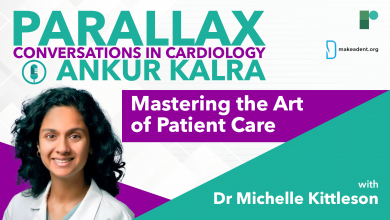 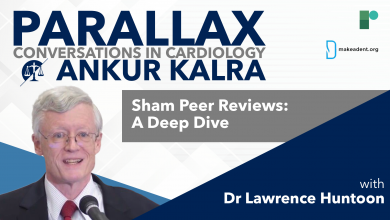 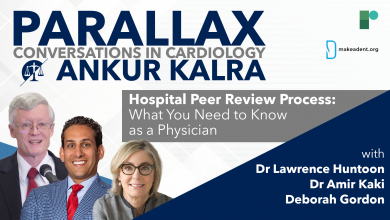 Ep 82: Hospital Peer Review Process: What You Need to Know as a Physician