In this video we asked Dr Neha Bansal, Paediatric Cardiologist at Children’s Hospital at Montefiore to talk about the late effects of cardiotoxicity. Dr. Bansal’s research focuses are paediatric cardiomyopathy, pediatric cardiac transplants and paediatric cardio-oncology.

Discussion Points
1. Late effects
2. How common late effects are
3. Risk factors that could predispose patients to late effects
4. How often should patients be monitored after treatment and for how long
5. Health-economic and resource implications

About the A-Z Series
In recent years, cardio-oncology (C-O) emerged as a subspeciality focusing on the cardiac management of cancer patients. In our new Cardio-oncology A to Z series we are aiming to provide you short summaries of C-O concepts curated by Dr Arjun Ghosh and delivered by practicing experts of this field.

- Hi, my name is Dr Neha Bansal. I am the Medical Director of the Paediatric Heart Failure and Transplant Team at Children's Hospital at Montefiore in Bronx, New York.

2. How common late effects are

Childhood cancer survivors are a growing population. Each year we are diagnosing almost more than 12,000 children and adolescents in the United States. 30 years after cancer diagnosis, we know that 73% of these survivors will have some form of a chronic health condition.
Cardiovascular complications are the number one non-oncologic cause of morbidity and mortality in long-term survivors of childhood cancer. And the cardiac death rates in these patients are almost eight to ten times higher in these survivors than their age-matched controls. So, to say shortly, they're very common in these long-term survivors of childhood cancer.

3. Risk factors that could predispose patients to late effects

Anthracyclines are the most common causes of having cardiotoxicity in patients. Almost 65% of childhood cancer survivors have been treated with anthracycline and present with myocardial dysfunction.
So having certain forms of chemotherapies are one of the most common risk factors of having cardiotoxicity. The first and the foremost most important issue is the cumulative dose of chemotherapy that the patients receive. So this is the most significant predictor of abnormal cardiac function.
We divide the patients according to high risk or low risk, high risk patients being patients who have received a high dose of chemotherapy. For our clinic, we utilise the guidelines presented by the Clinical Oncology Group. So, a high-risk dose is the cumulative dose of anthracycline more than 250 milligrams per metre squared.
Certain other risk factors are age less than five years, females, patients who are of African American race, patients with Down syndrome or Trisomy 21. The length of the follow-up is also a risk factor. So, patients who are followed up for a long period of time have a higher prevalence of myocardial impairment.
Any patients who have received concomitant radiation, so radiation therapy, or have received multiple cardiotoxic agents, are also at a much higher risk of having cardiotoxicity. There's also some theories behind a genetic predisposition. So, for example, if you have a specific mutation, you are often found to be a higher risk of having cardiotoxicity. However, this is a strong area of research and is ever-evolving.

4. How often should patients be monitored after treatment and for how long

So, all childhood cancer survivors, in my opinion, should be followed lifelong, for the fact that they received chemotherapy in the past.
We follow the Clinical Oncology Group guidelines. So, all patients who are followed in any oncology clinic for survivors should also see a cardiologist either every two years or every five years, depending on their risk factors. So, for example, if you received an anthracycline dose or chemotherapy dose that is more than 250 milligrams per metre square, which puts you at a high-risk population, you should be followed by a cardiologist every two years. But if you received a low dose of anthracycline, less than 250 milligrams per metre squared, you should see a cardiologist every five years. So, depending on the amount of radiation dose, the amount of chemotherapy dose, we follow patients every two years or every five years. However, if you have any form of cardiac dysfunction, if you see any form of cardiotoxicity like valvular regurges, arrhythmias, or any other symptoms, then those patients should be followed more frequently at the discretion of the cardiologist.
For example, I see some patients every year or every six months, depending on the level of their cardiac dysfunction.
5. Health-economic and resource implications

So, the first and the foremost, the health-economic implications of this approach is these patients need lifelong follow up.
So, of course, there is resource involvement for that. Some patients need echocardiograms or cardiac MRIs and some patients need Holter monitors or long-term heart monitoring follow-ups. So, these patients utilise the healthcare a lot more and these are all for screening purposes. These are not for patients who already have some form of a diagnosis. However, the screening is very, very important because for all these patients who do not get screened and then present in heart failure that was not controlled or require a heart transplant, the implications of the health-economic and resource implications of those patients is tremendous on systems.
And so I think that the implications, the cost-benefit, the risk-benefit of screening these patients at regular interval is very, very essential. Even though it may seem a little bit of an overkill to some people, it is very, very important, so as to prevent long-term, or so as to prevent extensive, pressure on the system or the hospital to provide for these patients when they present in dire needs of heart failure, advanced cardiac therapies like a ventricular assist device or a heart transplant.
I just want to say that these childhood cancer survivors see a lot of late effects of cardiotoxicity. A lot of them unfortunately go under-recognised or unrecognised. A lot of these survivors get their care from primary care doctors and not see cardiologists for many, many years or decades. And so I think it is very, very important that people in the community recognise, generate awareness that if you have received chemotherapy or radiation therapy or both, you are at a risk of having cardiac effects, late effects of cardiotoxicity, from those therapies; that it is very important that they refer to their oncologists or their primary care doctors and see a cardiologist once every few years, depending on how much chemotherapy or radiation therapy they received. So I think it is very important for us to generate awareness for these survivors of cancer out in the community and make sure that they don't lose follow-up, and make sure that they get screened appropriately. Thank you. 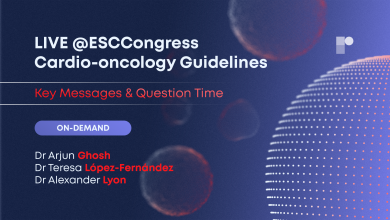 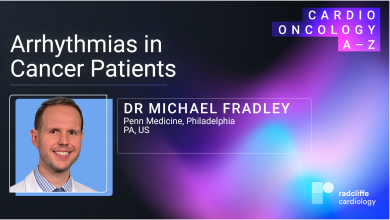 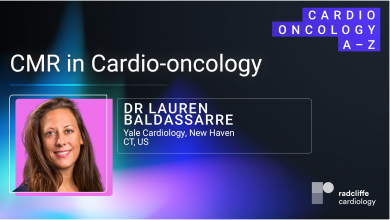