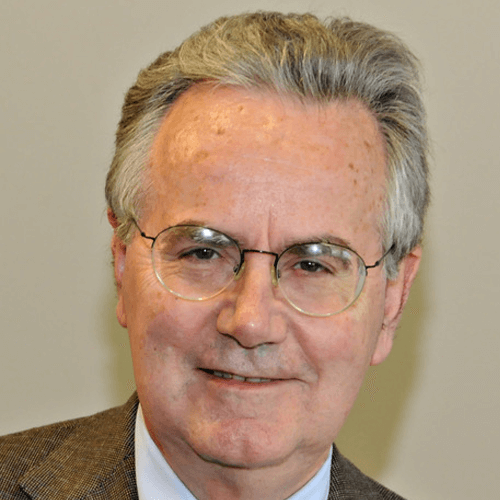 Chairman of the Department of Clinical Medicine and Prevention

Professor Mancia is currently Chairman of the ESH Foundation and the Hypertension Center, Policlinico of Monza. He is an honorary member of several hypertension and cardiovascular societies and has received many awards, including the Heymans Award of the International Society of Pharmacology, the Volhard and Tigersted Awards of the ISH, the Folkow Award of the ESH, the International Recordati Prize, the Invernizzi Prize for Medicine, the Spinoza Honorary Professorship of the University of Amsterdam, the Gold Medal of the Lorenzini Foundation, an Honorary Professorship of the University of Córdoba, an Honoris Causa Doctorate in Medicine from the University of Gdansk, Bucharest (Carol Davila), and Glasgow, the Hariri Memorial Lecture and Award, and the MacDonald Award of McMaster University (Hamilton).

Professor Mancia’s research focuses on the epidemiology, pathophysiology, diagnosis, and treatment of hypertension, heart failure, coronary and other cardiovascular diseases. He is interested in ambulatory blood pressure monitoring, neural control of the circulation, large artery mechanics, the hemodynamics of cardiovascular drugs, and clinical trials. He has published more than 2000 articles in international journals. His articles have received more than 220 000 citations (h-index 177, Microsoft Academics), for which he is on the Clarivate Analytics list of the world’s highly cited scientists.

Articles by Giuseppe Mancia, Chairman of the Department of Clinical Medicine and Prevention