Rotor and focal source mapping and ablation in atrial fibrillation 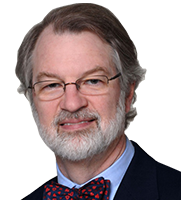 Professor of Medicine and Head of the Electrophysiology Service

Indiana University School of Medicine, US

Most electrophysiologists who perform catheter ablation procedures for treatment of atrial fibrillation (AF) believe rotors have a role in maintaining AF, but it is not clear how much of a role or in what proportion of cases. Recent literature has shown varying outcomes using focal impulse and rotor modulation (FIRM)-guided ablation. Some of the factors potentially responsible for these inconsistent results include variability among operators in: rigor of basket catheter positioning; confidence in diagnosing the presence and locations of focal sources; and amount of ablation performed in regions designated as having rotors or foci. In this webinar, we will: give some background of the basis of rotor-guided ablation of AF; set forth different workflows used during procedures; and attempt to address some of the current controversies in rotor mapping and ablation.

This webinar is to inform and educate cardiac electrophysiologists on:

Dr. Miller, Professor of Medicine and head of the Electrophysiology Service at Indiana University School of Medicine, has been active in research into mechanisms of arrhythmias and development of new mapping and ablation techniques for many years, including those pertaining to atrial fibrillation (AF). He was involved in some of the early work with Dr. Sanjiv Narayan in mapping of rotors in human AF. He has extensive experience with rotor and focus-guided mapping and ablation and has recently authored the largest series in the literature to date on outcomes of AF ablation using focal impulse and rotor modulation (FIRM).

* Abbott Electrophysiology have supported the distribution of this webinar. They were not involved in the live presentation and had no input in the content.