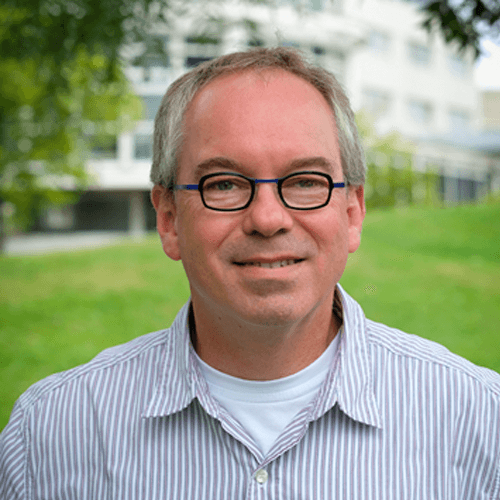 Full professor and Chairman of the Department of Physiology

Professor Ulrich Schotten is based in the Netherlands, where he works at Maastricht University.

Professor Ulrich Schotten studied medicine at the universities of Aachen, Germany, Glasgow, Scotland and Valletta, Malta. At Aachen University, he defended his thesis in 1996 on the topic of the effects of volatile anaesthetics on βadrenergic signalling in rat myocardium. He then pursued a cardiology internship there, before joining the Physiology department at Maastricht University in 1998.1

Professor Schotten joined the Physiology Department at Maastricht University in 1998, first as a scholar of the Academy of Sciences of North-Rhine Westphalia and then in 1999 on as a staff member.

He defended his thesis titled  'Mechanisms of Atrial Paralysis in Atrial Fibrillation' at Maastricht University in 2003 and received his habilitation in experimental cardiology at the University Hospital in Aachen in 2004. Since 2007, he has been working as principal investigator at CARIM. In 2011, he was appointed Professor of Cardiac Electrophysiology and became chairman of the department of Physiology in 2019.2

Prof Schotten is coordinator of the CVON network RACE V and PI in numerous national and international research networks. He was a member of the European task force for the development of the ESC guidelines for the management of atrial fibrillation in 2010, 2012, and 2016. Furthermore, he is a member of the executive committee of the Network of Competence for Atrial Fibrillation (AFNET), co-founder of the Maastricht University spin-off company YourRhythmics BV and acts as the chairman of the strategic board of CARIM. 3

Articles by Ulrich Schotten, Full professor and Chairman of the Department of Physiology

Considerations for the Assessment of Substrates, Genetics and Risk Factors in Patients with Atrial Fibrillation