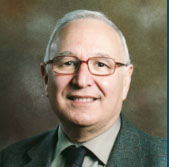 Professor Lévy is currently a full professor of medicine and cardiology at Aix-Marseille Université, School of Medicine, France.

Professor Lévy is a noted researcher in the study of cardiac arrhythmias particularly atrial fibrillation and electrophysiology, having authored or co-authored more than 300 related scientific papers and articles, as well as an investigator for a number of other clinical trials relating to management of cardiac arrhythmias. His special interests include also sudden cardiac death and implantable cardioverter defibrillators and congestive heart failure. He was part of the Committee who wrote the ACC/AHA/ESC Guidelines on Atrial Fibrillation (Circulation 2001) and on then Guidelines on Heart Failure of the European Society of Cardiology (European Heart J 2005).

Professor Lévy serves on numerous professional journal editorial boards and is a leading member of international scientific and professional societies. He was chairman of the Working Group of Arrhythmias of the European Society of Cardiology and was a member of the Science Council and member of the Committee for nomination of Professors in cardiology in France (Conseil National des Universités). Professor Lévy was President of the Europace 2003 Meeting which was held in Paris in December 14-17, 2003 and organized in 2005-2014 the Annual Congress of the European Cardiac Arrhythmia Society (ECAS. He received in 2011 from the French Cardiac Society the “Prix Laennec” which is given annually to a cardiologist who contributes to the prestige of French Cardiology

Recent Atrial Fibrillation Guidelines – Looking at Both Sides of the Atlantic