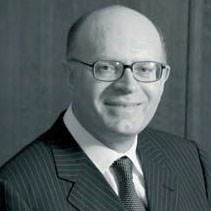 Professor Vardas is Head of the Cardiology Department at Heraklion University Hospital, Crete, Greece. His career started at the University of Athens, where he obtained his Medical Degree and his MD Thesis. During the same period, he specialized in Internal Medicine and Cardiology in the clinics of the same University. In 1985 he started working at the Westminster Hospital in London, Cardiology Department (director: Prof. Richard Sutton), where he stayed until 1989, focusing on Clinical Electrophysiology and Cardiac Rhythm Management Devices. In 1993 he obtained his PhD in Clinical Electrophysiology from the Charing Cross & Westminster Medical School.

In Greece, Prof. Vardas has held major academic positions, such as:

In Europe, Prof. Vardas has been elected to significant scientific positions, the most important of which are:

Atrial Fibrosis: Translational Considerations for the Management of AF Patients