In this interview from CRT 2022, Dr Toby Rogers (MedStar Washington Hospital Center, Washington DC, WA, US) outlines the procedure for transcatheter mitral cerclage ventriculoplasty in patients with mitral regurgitation and either HFrEF or HFpEF. Dr Rogers provides a step-by-step overview of the procedure and presents the outcomes of this early feasibility trial. Results suggest that the TMCA technique is safe, with high technical and procedural success.

- My name's Toby Rogers. I'm an interventional cardiologist based in Washington, D.C., in the United States. I'm an associate professor for cardiology at Georgetown university and the scientific lead for structural heart disease at MedStar Washington hospital centre.

Reasoning behind this study

So at CRT 2022 this year, I'm presenting as a late breaking clinical trial, the results of the early feasibility study for the Transmural Systems Transcatheter mitral cerclage ventriculoplasty. This is a device that is implanted entirely on the right side of the heart and performs at the same time a mitral annuloplasty and ventriculoplasty. So changes the geometry of the left ventricle. It's a fully percutaneous device. It's fully reversible it's implanted almost entirely with fluoroscopy and it is targeted to treat patients with heart failure and reduced ejection fraction and mild, moderate and severe mitral regurgitation. We also tested the device in the trial in patients with heart failure and preserved ejection fraction. So typically it's the patients with atrial functional mitral regurgitation and those patients have more significant MR, as required by the protocol. So this was an early feasibility study focused primarily on testing safety, but with also of course some exploratory endpoints to test effectiveness of this device in those two patient subgroups.

So it it's a device that's implanted through the right internal jugular vein. It is, the procedure is guided as I mentioned, almost entirely by fluoroscopy. The course of the device, the trajectory that we follow for the device is from the internal jugular vein. We go into the coronary sinus, then identify a septal perforator vein navigate through the septal myocardium and reenter the RVOT. And then from the RVOT we capture the crossing wire, externalise it through the tricuspid valve and that completes the loop. So once we have that trajectory established we then exchanged the traversal catheters and guide wires that we use that are simple PCI microcatheters and coronary guidewires. We exchange them for a permanent implant that incorporates a tether, and then a Y shaped wish bone shaped lock that sits within the right atrium. The device, because it runs through the coronary sinus in many patients will run over a branch of the circumflex artery. And so the device incorporates a rigid bridge shape element that we position using fluoroscopy over the circumflex. So that as the device is tensioned down to affect the geometric result that we seek, it doesn't cause compression or occlusion of the entrapped circumflex.

So this was an early feasibility study. As I mentioned before, the primary objective of such a study is to test safety and feasibility of the technique and device. We targeted patients with mitral regurgitation and heart failure with either reduced ejection fraction or preserved ejection fraction. We also allowed enrollment of patients with prior edge to edge repair. So MitraClip, for example but who had persistent or recurrent symptomatic, MR. But actually we only enrolled one patient in the study with that phenotype. So it's very hard to draw any conclusions as to whether that's a good target population.

As I said, the main objective of this was to test feasibility and safety. So our primary endpoint was technical success measured at the exit from the cath lab. Of course, the patient had to be alive with successful deployment of the device. We had to be able to remove the entire device without any associated complications, in particular coronary artery compression and of, without any additional emergency or unplanned surgical procedures. With regards to adverse events. The device was extremely safe. There was zero mortality at 30 days zero stroke or TIA zero major vascular complications zero bleeding, zero myocardial infarction. The only signal, for adverse events that we saw was heart block in six patients out of the 19 enrolled. So 32% rate of heart block, which we believe may be due to the trajectory that was selected in the patients in the, some of the early patients that maybe that we tension the device a little too tight but certainly something need to explore going forwards. But other, than the heart block extremely good safety profile, as one might expect from a device that is deployed entirely on the right side of the heart never crosses into the left side of circulation. With regards to the primary endpoint of technical success. We, that was met in 17 out of 19 patients. And the two patients in who we did not succeed was because in one patient we were unable to find a good trajectory through the myocardium. We believe that was due to prior surgery and scarring of the myocardium. And so the device was removed without any complication or with nothing left behind, and the patient went on to have a different therapy, some months later. In the second patient whom we were unable to, we did not meet the primary endpoint of technical success. We were able to deploy the device, but as we cinched it down, we realised that we were just too close to the LAD and that was was causing kinking of the LAD as we, tension. So the device again was removed in its entirety without complication. And that patient underwent the 30 day follow up with no adverse events and then actually chose to be re-enrolled and underwent the procedure again using a different intramyocardial artery trajectory with a successful implant or no complications the second time round.

This was a early feasibility so, the results I've summarised so far were all to do with, safety and feasibility. The secondary or exploratory endpoints that we looked at were quality of life measures looking at sort of heart failure parameters such as Kansas city, cardiomyopathy, quality of life measures the NYHA class and six minute walk tests. And we saw substantial sustained improvements across the board in those key heart failure metrics even in this very small sample size. So a very promising signal for effectiveness of this therapy. The magnitude of the effect was most pronounced in patients with heart failure and reduced ejection fraction and really irrespective of the degree of mitral regurgitation and baseline. We did reduce mitral regurgitation across the board but it's very interesting to observe that we saw these clinical benefits almost irrespective of the MR baseline and the degree of MR reduction which gives us sort of cause was to think that going forward this may be a heart failure therapy rather than a mitral regurgitation therapy. And it's interesting that that goes along with a number of other annuloplasty type devices, which have sort of refocused their efforts and their clinical trials going forwards as primary heart failure therapies rather than primary MR therapies.

Well, this was an early feasibility study so, I think that the conclusions we can draw is that it's safe with high technical and procedural success. It results in significant and sustained improvements in heart failure quality of life it improved mitral regurgitation, and it seemed to prevent further negative unfavorable left ventricular and left atrial dilatation. Clearly this needs to be studied in a larger trial going forwards. And these studies are in the design phase in order to take the device forwards both to clarify exactly which patients are best suitable for such a therapy, but also moving towards, you know a pathway to commercialization. 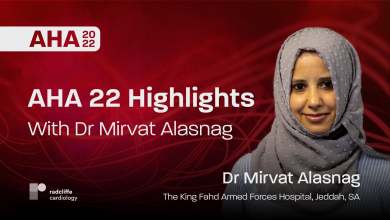 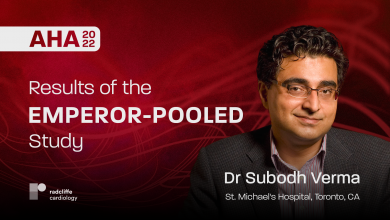 AHA 22: Efficacy of Empagliflozin in Black vs White Pts With HF 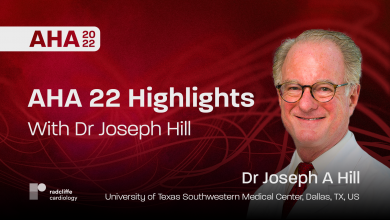 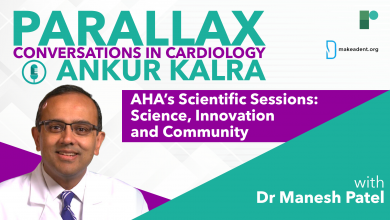