CRT 2020: Should We Drop Aspirin Monotherapy?

Prof Roxana Mehran (Icahn School of Medicine at Mount Sinai, New York, NY, US) discusses whether aspirin monotherapy should be dropped based on a review of the current research data.

1. Why is monotherapy being discussed as an OMT option for patients?
2. What data supports monotherapy use?
3. What P2Y12 should be used and for which patients?
4. Why should aspirin be dropped?
5. Is this viable considering the price of aspirin?
6. What research is needed to provide clarity?

Question 1 : Why is monotherapy being discussed as an OMT option for patients?

[Mehran] The question of monotherapy going to a single antiplatelet regimen that we're usually used to it being aspirin is a good one because we're really changing that paradigm of thinking single antiplatelet therapy with the P2Y12 monotherapy rather than aspirin monotherapy which has been something that we've been used to all along for decades. And this new concept comes from the fact that it seems that with the use of P2Y12 inhibition, especially the potent ones, you're able to extend the use of those agents without the issue of gastric toxicity and some of the bleeding, nuisance bleeding, and even maybe compounded bleeding that you would have with aspirin on top of a P2Y12 inhibition. And so some of the early studies had shown that aspirin may not be adding much to the already good antiplatelet effect of the P2Y12 inhibition and it might just be causing bleeding. And so that's why I think it becomes a very important next new regimen and a different one than what we've been used to in the past.

Questions 2 : What data supports monotherapy use?

[Mehran] I think coming to what well, where's the data for that, right? Because right now we're just been used to aspirin indefinitely for all our patients with coronary disease after PCI once you stop the P2Y12 inhibition. And there's been a lot of evidence now coming forward. The first group that looked at this was the GLOBAL LEADERS investigators with over 16,000 patients going to aspirin Ticagrelor for a month and then dropping the aspirin and Ticagrelor for 23 months in a largest 16,000 patient study. And they showed, actually, they didn't meet the primary endpoint of reducing Q wave MI and mortality but they really just missed that endpoint and in fact there was no signal of harm and it looked like it could be a good regimen. Then we followed that with the Ticagrelor monotherapy in TWILIGHT. This was a prospective randomised controlled, placebo-controlled trial with 7,119 randomised patients showing definitively that Ticagrelor monotherapy compared to aspirin plus Ticagrelor reduces bleeding significantly over 50 percent, close to 50 percent. Over 50 percent in acute coronary syndrome patients. With absolutely no change in the riskemic endpoints. And then of course our Japanese and Korean colleagues have done very similar kind of experiments with Clopidogrel. I'm a little bit more nervous about dropping aspirin and just moving forward with Clopidogrel because of the non-responsiveness and the heterogeneity of the effect of Clopidogrel responsiveness. But I think a lot evidence is now moving towards actually dropping aspirin instead of the P2Y12 inhibitor.

Question 3 : What P2Y12 should be used and for which patients?

[Mehran] Yeah, so obviously if we're going to monotherapy the only data that I think is robust is with Ticagrelor at the moment. Trying to take the monotherapy data from TWILIGHT and extending it to Clopidogrel, for example, would be absolutely wrong. Extending it to Prasugrel is maybe, maybe some people would think well you know it's a potent agent, the responsiveness is pretty robust but it's still not, it's still a prodrug. Prasugrel is still a prodrug so its availability is different. It's irreversible so it has a lot of differences with Ticagrelor, so I think that data needs to be repeated with Prasugrel. I know that there are studies on-going right now answering that question so, for now for the monotherapy the most solid evidence we have is with Ticagrelor.

Question 4 : Is this viable considering the price of aspirin?

[Mehran] Yeah, I mean, I think one of the things that always comes to mind when you're going from a very cheap monotherapy that's available over the counter to a prescribed drug that requires cost to the patient is the cost equation. But in my mind, I mean, I think in selected patients certainly if you're improving and enhancing important bleeding outcome as we showed in TWILIGHT it actually is extremely cost effective. But it's not for everyone. We're not saying stop aspirin in everyone. We're saying that in certain patients it's a really, really good viable option and in fact you might even be able to extend how long you treat a patient on P2Y12 inhibition by getting rid of the aspirin.

Question 5 : What research is needed to provide clarity?

[Mehran} I mean I think there's no question that we need a lot more clinical data. We need definitive evidence of how long should dual antiplatelet therapies be actually instituted, especially in high bleeding risk patients. Is it one month or three months? And then we also need to understand better which one of the antiplatelets should be dropped and I think that really does take a major mega trial and we're hoping to design one of those and answer those questions.

DAPT in NSTEMI/UA or STEMI: Analysis of REDUCE 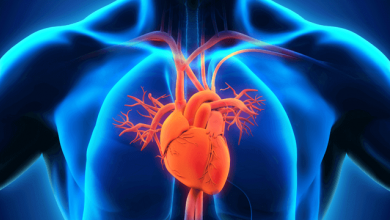 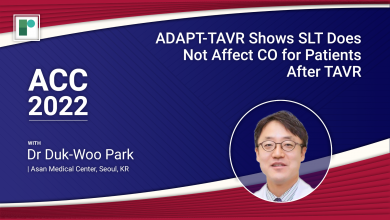 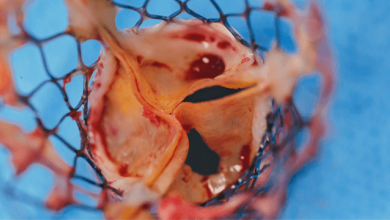