A 74-year-old male patient presented to the clinic with typical symptoms of class II angina. Relevant past medical history included type 2 diabetes, and the patient was awaiting a routine urological procedure. Angiography was scheduled with the option to proceed to angioplasty. This was performed via the radial artery using a 6F sheath (Glidesheath Slender®,Terumo) and revealed the following presentation.

Following positive pressure wire assessment of the LAD (iFR 0.85) it was felt that angioplasty to the LAD/diagonal bifurcation (see Figure 1) was appropriate. It was confirmed that there were no concerns regarding dual antiplatelet therapy in the context of the anticipated urological procedure. 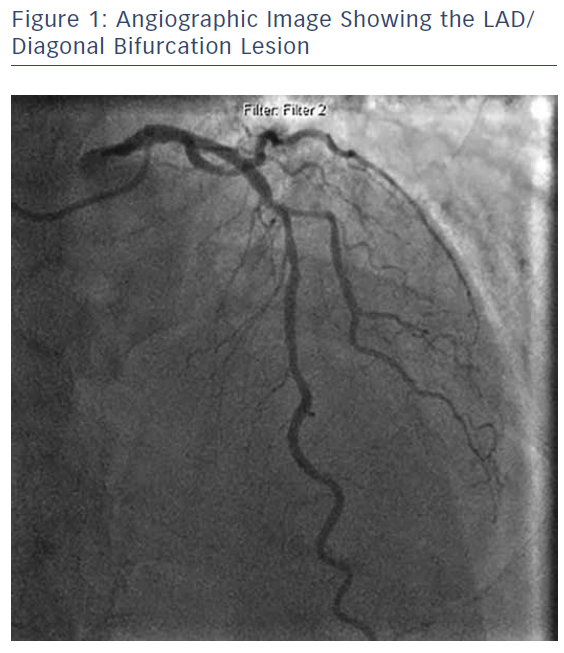 Following wiring of both branches, the diagonal was predilated back into the LAD with a 2.5 mm cutting balloon. An Ultimaster® 2.5 x 15 mm stent (Terumo) was positioned in the diagonal such that the entire ostium was covered with a small triangle of protrusion into the main vessel. While retaining a 2.75 mm balloon in the LAD, the stent was deployed, followed by a first kissing balloon technique to high pressure using the slightly withdrawn stent balloon and 2.75 mm LAD balloon, thereby optimising the ostium and passage for the delivery of the LAD stent.

A second Ultimaster® 3.0 x 28 mm stent was positioned in the LAD, across the diagonal and deployed. A proximal optimisation technique (POT) with a 3.5 mm Accuforce® noncompliant balloon (Terumo) was undertaken to maximise stent expansion and optimise stent strut side branch access for re-crossing (see Figure 2). Re-crossing of the distal stent strut adjacent to the carina was straightforward and guided by 3D optical frequency domain imaging (OFDI; see Figure 3). Once optimal re-crossing was confirmed, a second kissing balloon technique was completed following sequential post dilatation of the distal stent portions (see Figure 4). Final angiographic images and OFDI confirmed good expansion and coverage throughout without the need for further optimisation (see Figure 5). The procedure was completed by achieving patent radial haemostasis via a TR Band® (Terumo).

The patient recovered well and was discharged. Eight months later he represented with atypical sounding chest pain and underwent equivocal stress testing. Because of the original intervention, a check angiogram was arranged and completed again via the patent right radial artery. This confirmed the stented segment remained healthy, and the patient was reassured. 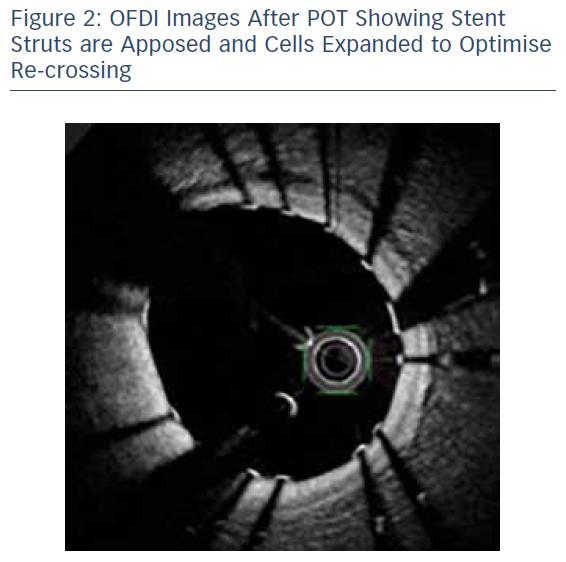 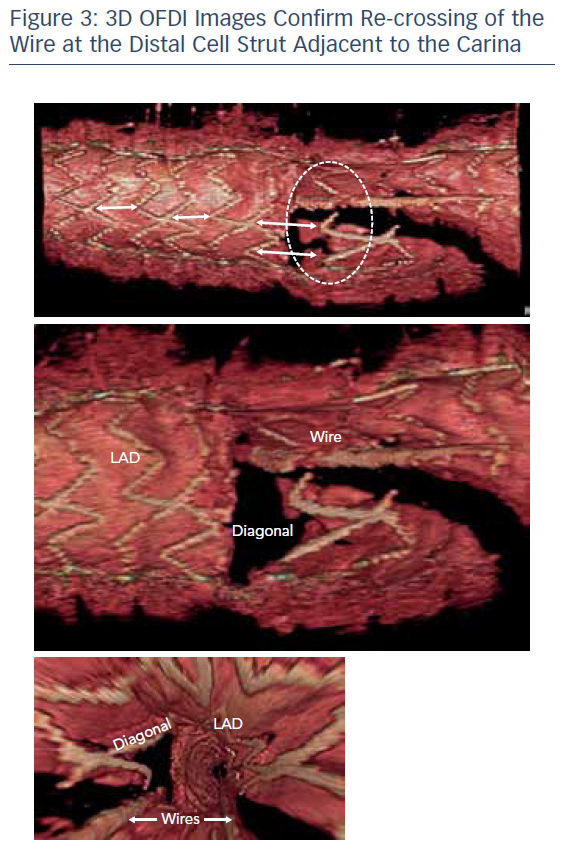 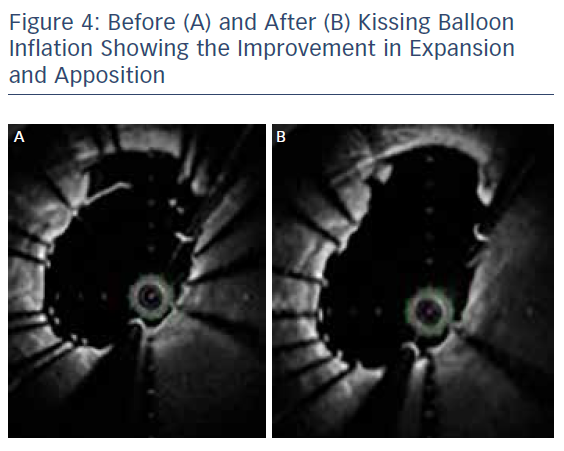 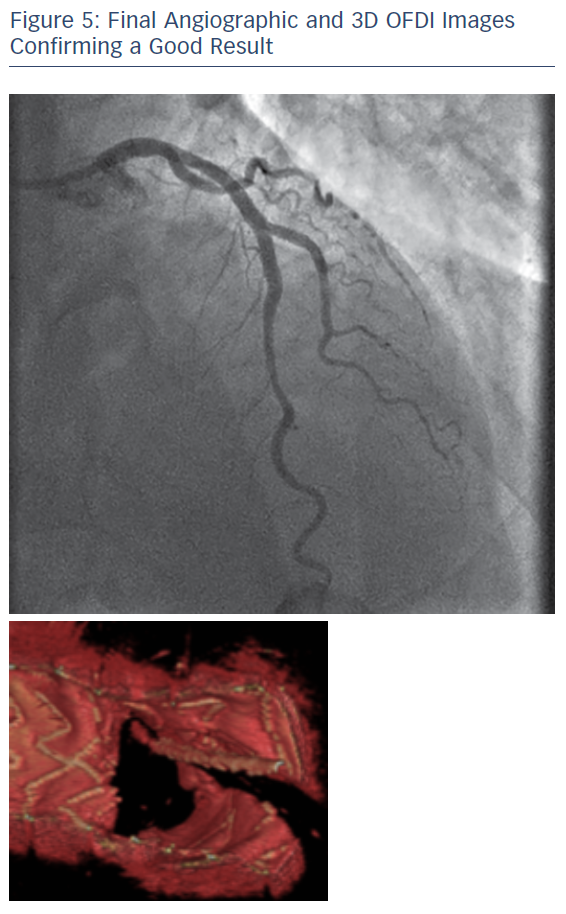