Patients with severe non-calcified native aortic valve regurgitation (NAVR) may be at risk for open heart surgery. There are currently no approved artificial transcatheter heart valves (THV) for the treatment of isolated NAVR, but newer-generation devices, particularly repositionable devices, have been used off-label. The international, multicentre Valve-in-Valve International Data (VIVID) registry commenced in March 2017 and, when investigators locked the data to assess the findings in August 2017, 254 patients had been treated off-label. Among baseline patient characteristics, the mean age was 74, mean Society of Thoracic Surgery (STS) score was 6.5, and LVEF was slightly reduced (mean 45 %). Most patients (76 %) underwent a transfemoral procedure and the most commonly used device was the non-repositionable CoreValve (41 %), followed by the repositionable Evolut R or Pro (15 %). The balloon-expandable SAPIEN XT and SAPIEN 3, which were more difficult to anchor in the absence of calcium, were used in 7 % of cases and the remainder were devices not approved in the US. Several of these including the Direct Flow (8 %), Engager (4 %), and JenaValve (13 %), are no longer commercially available. 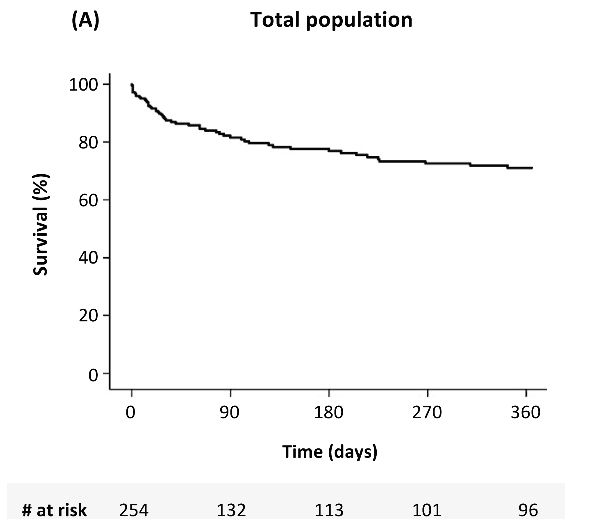 Results showed little difference between first-generation and newer generation THV in terms of early safety at 30 days. However, after 30 days, newer generation devices, many of which were repositionable, were associated with improved efficacy (72 % vs. 56 %, p=0.04). and a non-significant reduction in cardiac mortality (8 % vs. 17 %). Significant predictors of mortality included non-transfemoral access, pulmonary hypertension, moderate or greater aortic regurgitation, STS score exceeding 8 % and acute kidney injury grade 2 or higher.

Dr Dvir concluded that, although significant improvement has been seen with newer generation THV devices, TAVR for NAVR is a challenging approach with limited procedural efficiency. Widely utilised THV devices have shown sub-optimal clinical outcomes in NAVR due to malposition, significant aortic regurgitation and a need for a second THV. THV sizing considerations in TAVR and NAVR may require a different approach than in aortic stenosis. Better clinical outcomes could be expected if patients were referred at an earlier clinical stage. While the technique continues to evolve, there is a need for novel THV devices designed specifically to treat NAVR, which could potentially improve outcomes.