Cardiovascular (CV) disease remains the leading cause of morbidity and mortality in patients with type 2 diabetes (T2D).

The opportunity for CV disease prevention in patients with T2D has recently expanded with antihyperglycemic agents demonstrating significant reductions in the risk of major adverse cardiovascular events (MACE). Although the exact mechanisms of CV benefit remain uncertain, they appear to be unrelated to the direct glucose-lowering effects. These agents have triggered a shift beyond glucose control, to a broader strategy of comprehensive CV risk reduction.

CV specialists are well-positioned to play a key role in managing patients with T2D including screening, aggressively treating CV risk factors, and incorporating the use of antihyperglycemic agents into routine practice.

The Radcliffe diabetes and CVD risk program is supported by an educational grant from Novo Nordisk. 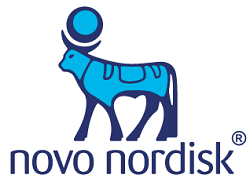