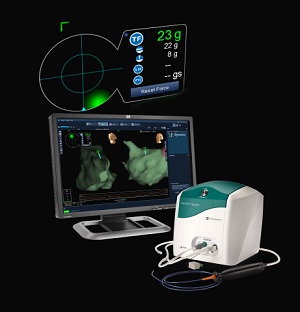 ST. PAUL, Minn.--(BUSINESS WIRE)--St. Jude Medical, Inc. (NYSE:STJ), a global medical device company, today announced U.S. Food and Drug Administration (FDA) approval of its TactiCath™ Quartz irrigated ablation catheter, the company’s newest technology that gives physicians a real-time, objective measure of the force that the catheter applies to a patient’s heart wall during an ablation procedure. TactiCath Quartz contact-force technology was designed to provide physicians with more control to modify that force during ablation procedures in order to create more effective lesions for patients being treated for paroxysmal atrial fibrillation (AF). The technology is associated with a reduction in the rate of AF recurrence when optimal treatment measures are used.

“The number of patients with atrial fibrillation is growing rapidly in the U.S.,” said Dr. Vivek Reddy, director of electrophysiology at Mount Sinai Hospital, N.Y. “As the number of patients impacted by this disease continues to grow, it is important to develop treatment solutions that increase the efficiency and effectiveness of ablation therapies. TactiCath Quartz is an important advancement that provides critical information during ablation procedures.”

The TactiCath Quartz ablation catheter provides electrophysiologists the ability to monitor the amount of pressure that a catheter tip exerts on the endocardium (the layer of tissue that lines the chambers of the heart). Without contact-force sensing technology, physicians have to estimate by touch with their hands the amount of force applied to the heart wall during an ablation. If too little force is applied, effective lesions may not be created and AF may recur, potentially requiring additional treatments. When too much force is applied, there is a risk of tissue injury, which can lead to serious procedure-related complications.

“St. Jude Medical has a long history of introducing leading ablation technologies to the electrophysiology community,” said Eric S. Fain, M.D., group president of St. Jude Medical. “This approval speaks to our commitment to investing in and developing world class, cost-effective solutions that are backed by clinical evidence in order to improve the quality of care for millions of patients impacted by atrial fibrillation.”

Ablation catheters, such as the TactiCath Quartz irrigated ablation catheter, are thin, flexible wires used to help treat irregular heartbeats that impair the heart's ability to effectively pump blood throughout the body. In the U.S., an estimated 2.7 million people are impacted by AF, making the condition the most common type of arrhythmia affecting Americans today.

There is a large and growing body of evidence to support the safety and effectiveness of contact-force ablation technology, led by St. Jude Medical’s TOCCATA, EFFICAS I, EFFICAS II and TOCCASTAR studies. Collectively, these landmark data were associated with a reduction in the rate of AF recurrence when optimal contact force was used. Initial analyses from the TOCCASTAR clinical trial, presented earlier this year at Heart Rhythm 2014, demonstrated that when performing an ablation using TactiCath, 85.5 percent of patients were free from paroxysmal AF after 12 months when optimal contact-force parameters were achieved versus 67.7 percent of patients when non-optimal contact-force parameters were used. TactiCath Quartz is CE Mark approved for atrial fibrillation (AF) and supra ventricular tachycardia (SVT) ablation.

St. Jude Medical is a global medical device manufacturer dedicated to transforming the treatment of some of the world’s most expensive epidemic diseases. The company does this by developing cost-effective medical technologies that save and improve lives of patients around the world. Headquartered in St. Paul, Minn., St. Jude Medical has four major clinical focus areas that include cardiac rhythm management, atrial fibrillation, cardiovascular and neuromodulation. For more information, please visit sjm.com or follow us on Twitter @SJM_Media.

This news release contains forward-looking statements within the meaning of the Private Securities Litigation Reform Act of 1995 that involve risks and uncertainties. Such forward-looking statements include the expectations, plans and prospects for the Company, including potential clinical successes, anticipated regulatory approvals and future product launches, and projected revenues, margins, earnings and market shares. The statements made by the Company are based upon management’s current expectations and are subject to certain risks and uncertainties that could cause actual results to differ materially from those described in the forward-looking statements. These risks and uncertainties include market conditions and other factors beyond the Company’s control and the risk factors and other cautionary statements described in the Company’s filings with the SEC, including those described in the Risk Factors and Cautionary Statements sections of the Company’s Annual Report on Form 10-K for the fiscal year ended December 28, 2013 and Quarterly Report on Form 10-Q for the fiscal quarter ended June 28, 2014. The Company does not intend to update these statements and undertakes no duty to any person to provide any such update under any circumstance.

Newly released CT technology will be showcased at SCCT2021