Although some users have been performing AF ablation at 50W for many years, the majority of electrophysiologists have been using 25-30W, now classified as low power. With the use of contact force ablation catheters and algorithms to help standardise both individual lesions and contiguous lesion delivery, there is now widespread interest in high power, short duration lesion delivery. How high the power delivery can go to and how short lesion delivery needs to be, is yet to be clearly defined. This is an area of intense scientific interest and there are a number of manuscripts featured on the website which I urge you to read, these have the power to change our clinical practice, and allow more patients to be treated.

As our lesion sets become stable, the question about, 'what to do when a patient returns with AF but with isolated pulmonary veins?' will become more pressing. Prior to the use of contact force catheters and lesion tracking, pulmonary vein reconnection was common, and repeat pulmonary vein isolation was reasonable. As the balance changes with more patients who do have recurrences having isolated pulmonary veins, the search for additional sources will intensify. Previous studies on the posterior wall and Marshall connections have been limited by our ablation tools, and the ability to achive durable lesions. With current technology and alcohol based ablation, this is no longer the case and there is increasing evidence to suggest that these structures are critical for ablation success in selected patients.

I hope you enjoy the featured articles in this section and continue to treat patients successfully.

Healthcare systems around the world have been required to adapt to deal with the coronavirus pandemic. While some countries have been able to continue working almost as normal, others have seen systems and hospitals overwhelmed. With these challenges, systems, hospitals and medical staff have had to change the way they work, often dramatically. There has been a period of introspection across society, and what seemed important before now appears irrelevant, and changes that were resisted before having now been happily accepted. With this backdrop, how has the management and treatment of patients with arrhythmias changed?

Virtual clinics and video calling have become an accepted part of the way we work now, and the resulting rise of remote and wearable diagnostics has been dramatic. The use of devices such as the Apple Watch and other wearable ECG monitors have moved considerably into the mainstream and are likely to yield an even higher number of patients requiring medical expertise and treatment. In many ways, electrophysiologists can adapt easily as we lean towards the ECG as our main diagnostic tool when physical examination is restricted. However, direct face-to-face contact is now harder to achieve, and the control of quality information to patients is as important as it ever has been.

Interventional treatment of arrhythmias, in particular AF, while a relatively mature technique still has unanswered questions. As a community we have often focused on the underlying mechanism or trying to understand different forms of signal analysis. While process improvements were discussed, they were rarely the primary focus. In the current situation, with more limited access and time, the way in which we treat patients is much more important. Having patients in hospital for the least amount of time possible is now a priority. This has a number of important implications in the management of patients with AF. Whereas trial endpoints of mortality and stroke reduction were seen as a gold standard, perhaps more emphasis should be placed on endpoints such as reduction in hospital admissions and outpatient visits.

What other parts of the process can yield benefits by minimising the total time of the procedure? Single-shot devices are attractive, but standard point-by-point radiofrequency ablation has become much quicker, due to the standardisation of lesions, and a greater acceptance of high-power, short duration delivery. Again, this has been used in a number of labs for many years successfully, yet perhaps has not gained the respect and uptake that it should have done.

Standardisation of the process, tools that allow quicker lesion delivery, (including very high-power delivery) and electroporation will make AF ablation a shorter procedure and is likely to improve success rates. With this, will it be time to offer AF ablation sooner in a patient's journey, rather than waiting for medication failure, or repeated cardioversions? There will always be options for individual patients, but will the standard become interventional first rather than medication?

The website content and design has recently been updated and will allow for easier navigation. More content is being developed looking specifically at how we can improve the care of patients with arrhythmias in this new environment, not just maintain previous standards. Hopefully, we shall all be able to look back and find that the "new normal" has actually led to practice improvements. 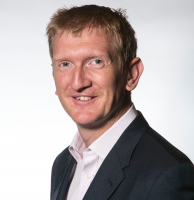 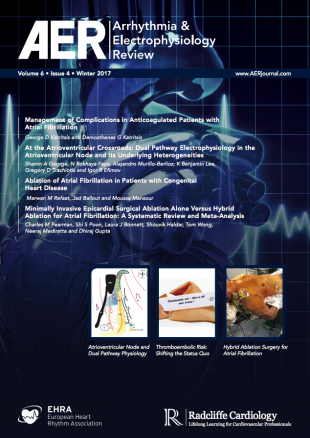