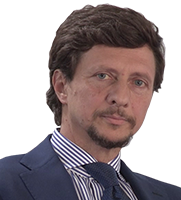 University of Verona, IT

This webinar is to inform and educate interventional cardiologists on:

Sympathetic renal denervation (SRD) has emerged as a therapeutic alternative for patients with resistant hypertension (1-2). Resistant hypertension is defined as a systolic blood pressure of 140mmHg or higher despite the adherence to at least three maximally tolerated doses of antihypertensive medication from complementary classes, including a diuretic at an appropriate dose (3), after the exclusion of any possible cause of secondary hypertension (4-5).

The promising results of SRD performed with radiofrequency were based on several studies that yielded a significant and sustained reduction on office blood pressure (OBP) after ablation of the sympathetic renal nerves with radiofrequency. In particular the HTN I (6) and HTN II (7-8) studies revealed a significant reduction of the systolic and diastolic OBP of 22mmHg and 10,2mmHg respectively at 6 months for HTN-I and of 32mmHg and 12mmHg respectively at 6 months for HTN-II with the use of the Medtronic Symplicity Flex monopolar radiofrequency catheter (Medtronic Inc, Santa Rosa, CA, USA). However, these results could not be replicated when the treatment was compared to a sham procedure and optimized medical treatment, as designed in the multi-center, double-blind, randomized Hypertension III study (HTN-III) (5). Indeed, HTN-III did not confirm such a substantial blood pressure reduction with the same catheter, and as a consequence, the anti-hypertensive effect of the SRD catheter was not significantly different as compared to the results of the medically treated group. Although a significant change from baseline to 6 months systolic OBP and ambulatory blood pressure was observed in sham and denervation group, the group difference did not meet a test of superiority with a margin of 5mmHg for OBP (-2,39 mmHg, p= 0.98) and 2mmHg for ambulatory blood pressure (ABP) (-1,96 mmHg, p= 0.98) (5). Although the trial confirmed the safety endpoint, the lack of efficacy casted doubts on the real value of the SRD treatment, and the therapy was almost abandoned after the publication of HTN-III trial on March 29th 2014 (5).

Several interpretations have been speculated to analyze the possible causes of the negative results of HTN-III (9-10). Based on some anatomical observations related to the innervation of the renal arteries (11-12), a different pattern and technque of radiofrequency delivery in the renal arteries with a new SRD tetrapolar Spyral catheter has reopened the interest on the technique.

This webinar is aimed at showing the differences between the previous and the present radiofrequency systems, and to discuss how the new device may be more effective maintaining safety.

Medical degree obtained in 1986, at the National University of Cordoba, Argentina.
Fellow in Internal Medicine in 1987-88.
Board in Cardiology obtained at the University of Torino, Italy in 1992.
Training stages in interventional cardiology at the University of Paris VII, Henry Mondor Hospital in 1994, Stanford University, Stanford, CA in 1995 and Mount Sinai Medical School, New York in 1996.
Research Fellow of the ESC in 1997-98 at the OLVZ Cardiovascular Centre in Aalst, Belgium.
Assistant Professor of Cardiology and Director of the Catheterization Laboratory of the University.
The Cardiovascular Interventional Unit of Verona performs coronary and peripheral interventions (over 2000 diagnostic and 800 interventional cases per year of which approximately 100 TAVI), with a 24 hours emergency service for the City area of Verona (500.000 habitants). It is the Provincial referring centre for primary angioplasty, paediatric invasive cardiology, and structural cardiology. Is the Regional referring centre for renal denervation, and is a training centre for visitor cardiologists interested in IVUS, FFR, rotational atherectomy, TAVI, mitral, and peripheral interventions.
- Coordinator of the School of Cardiology and Post-Graduate Fellowship of the same University.
- Director of the PhD School of Life and Health Sciences of the University of Verona.
- Faculty member of the TCT since 2006
- Scientific Faculty of Russia TCT since 2003
- Member of the Scientific Abstracts Committee of the Euro-PCR since 2010.
- Member of the Editorial Board of the European Heart Journal since 2010.
- Member of the European Rotablator Club, the European Bifurcation Club and the European Expert group on Impella circulatory assistance.
Reviewer of several scientific journals among which Circulation, Journal of the American College of Cardiology, European Heart Journal, Atherosclerosis Thrombosis and Vascular Biology, Heart, Clinical Chemistry, The American Journal of Cardiology, Eurointervention, American Journal of Medicine, and The Lancet.
Coordinator, Principal Investigator or member of the steering committees of several clinical trials.
Author of over 180 full publications on clinical and basic cardiovascular research in peer reviewed scientific journals available on PubMed.