The relationship between hypertension and cognitive decline 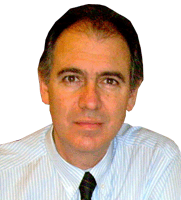 In the last 20 years, more than 700 papers were written about the relationship between hypertension and cognition. Hypertension precedes in more than 15 years the onset of dementia. The white matter lesions, the burden and his progression, are the most important risk factors for cognitive decline. This vascular brain injury negatively impacts on the frontal lobe and produces a disconnection between prefrontal cortex and the subcortical structures. The clinical expression of this damage is executive dysfunction, the most common cognitive domain affected. Twenty percent of the hypertensive patients with mild cognitive impairment, especially the non-amnestic form, it will develop Alzheimer dementia. The Alzheimer dementia is the most common type among hypertensive or patients with vascular disease. The early detection of the cognitive impairment and the antihypertensive treatment have and important role in the prevention of Alzheimer and vascular dementia.

This webinar is to inform and educate cardiologist and others Clinical specialities about the relationship between heart and brain:

Augusto Vicario is Clinical Cardiologist, graduated in Buenos Aires University and postgraduate in the El Salvador University, was Past President of the Buenos Aires Society of Cardiology (Argentine Federation of Cardiology) and Director of the “Heart and Brain Study”, a National Register of Cognitive Status in hypertensive patients. Today, he is full member of the Argentine Federation of Cardiology and of the Working Group “Hypertension and Brain” of the European Society of Hypertension. He develops his care task in the Heart and Brain Unit, Department of Clinical Cardiology of the Cardiovascular Institute of Buenos Aires, Argentina.