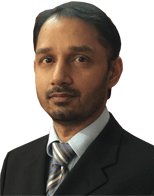 This webinar is to inform and educate interventional cardiologists and cardiac surgeons on:

Cardioembolic stroke is a devastating condition, with high mortality and a high rate of disability amongst survivors.

Anticoagulation, a highly effective preventive intervention is under-utilised, leading to an estimated 7000 preventable strokes in the UK annually.

There is a drive to increase screening for AF in primary care, which should be supplemented by response to identified AF in hospitalised patients.

Newer licensed options for anticoagulation have practical advantages over warfarin, which may allow an increase in the rate and consistency of anticoagulation, and consequently lower stroke rates.

We will discuss the developing recent evidence regarding the newer agents, their benefits and limitations, leading on to, I hope, a lively debate.