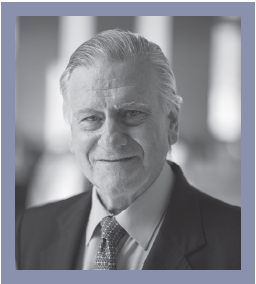 Dr. Valentín Fuster Carulla was born in Barcelona, Spain on January 20th, 1943. He is the youngest of 5 siblings whose father and mother ran a psychiatric hospital in the Pedralbes neighbourhood of Barcelona. He credits his parents as a “fighting, tireless couple” who gave him a positive outlook on life. His father, both grandfathers and an uncle were physicians.

Dr. Fuster studied French in high school and taught himself English while in medical school, which both helped him later in his education and career abroad. While in high school, he was a proficient tennis and soccer player and developed a lifelong hobby of endurance cycling.

Dr. Fuster has discussed the concept of visualising “a circle” with helping him through periods of low self-esteem and depression, which he has turned into a book called El Círculo de la Motivación (The Circle of Motivation). Aside from Spain, Fuster has lived in Liverpool and Edinburgh in the United Kingdom, and Minnesota, Boston, and New York in the United States.

Dr. Fuster completed his medical degree at Barcelona University in 1967 and then pursued an internship at Hospital Clínic de Barcelona. In 1971, he attended the University of Edinburgh as a research fellow in cardiovascular disease for three years under the tutelage of Drs. Desmond Julian and Harold Sheehan. He earned his Ph.D. degree at Edinburgh University with his thesis focussing on platelet factor 4.

Following his fellowship in Edinburgh, Dr. Fuster spent time as a resident at the Mayo Graduate School of Medicine in Minnesota, later becoming the school’s Professor of Medicine and Consultant in Cardiology at the age of 39.

Dr. Fuster spent a total of 10 years at the Mayo Graduate School of Medicine, following which he was recruited by Dr. Richard Gorlin to become Chief of Cardiology at Mount Sinai School of Medicine in New York City.

Later, in 1991, Dr. Fuster was made full Professor of Medicine at Harvard Medical School and Chief of Cardiology at the Massachusetts General Hospital. He was one of the first to appreciate the role of plaque disruption in the development of some acute coronary diseases and to identify the elements leading to plaque rupture and the thrombogenic components of plaques.

He currently maintains his position as Director of Mount Sinai Heart, as well as being Physician-in-Chief of The Mount Sinai Hospital. Along with these positions at Mount Sinai, he also holds the post of Director General del Centro Nacional de Investigaciones Cardiovasculares Carlos III in Madrid, and Editor-in-Chief of the Journal of the American College of Cardiology. According to Cybermetrics Lab, Dr. Fuster is the most cited research scientist in the world with his works being cited over 240,000 times. His contribution to cardiovascular medicine has had a profound impact on the research and treatment of patients with heart disease, and he is therefore considered to be a leading researcher in the world of cardiology.

Dr. Fuster has received countless awards and distinctions throughout his career, some of which include: The Andreas Gruentzig Scientific Award from the European Society of Cardiology (1992); the Distinguished Scientist Award from the American College of Cardiology (1993); the Prince of Asturias for Scientific and Technical Research ( 1996); the Distinguished Scientist of the American Heart Association (2003); the Distinguished Researcher Award of the Inter-American Society of Cardiology (2005); and The Gregorio Marañón National Research Prize in the field of Health from the Spanish Ministry of Science, Innovation and Universities (2019). He has been named Doctor Honoris Causa by thirty-four prestigious Universities around the world, and has received three of the most prestigious NIH (National Institutes of Health) scholarships. In addition, Dr. Valentín Fuster has been named “Physician of the Year” by the ABC Salud awards for his contribution to cardiovascular medicine and his current research into the links between heart and brain health.