Developments in the Management of Atrial Arrhythmias in Congestive Heart Failure

Atrial arrhythmias and congestive heart failure (CHF) are closely related. While CHF promotes the development of atrial arrhythmias, in particular atrial fibrillation (AF) and atrial flutter (AFL), the presence of these arrhythmias may exacerbate or cause left ventricular (LV) dysfunction and CHF.1,2 In addition, each adversely affects the prognosis of the other.3,4 Cardiomyopathy due to rapid uncontrolled ventricular response has been implicated as the main mechanism by which AF or AFL causes LV dysfunction.5 However, in the absence of a rapid ventricular rate during these arrhythmias LV dysfunction can still occur as a result of impaired atrial contractile function, loss of atrioventricular synchrony or an irregular ventricular rhythm.5–8

The most effective strategy to prevent or reverse LV dysfunction associated with AF or AFL is the restoration and maintenance of sinus rhythm. Although antiarrhythmic drugs remain first-line therapy, their use in CHF patients is extremely challenging owing to their limited efficacy and potentially deleterious effects in these patients.9 This led to a renewed interest in rate control, prompted by reports from large randomised studies such as the Atrial Fibrillation Follow-up Investigation of Rhythm Management (AFFIRM) and the Rate Control versus Electrical Cardioversion (RACE) trials suggesting comparable outcomes for strategies involving pharmacological rhythm or rate control.10–12 However, recent evidence from these two studies not only confirmed the adverse prognostic effects of CHF, but also highlighted the potential benefits of sinus rhythm. In a recently reported substudy of the AFFIRM trial, restoration and maintenance of sinus rhythm were associated with a 47% reduction in mortality risk, while the use of antiarrhythmic drugs and the presence of CHF significantly increased the risk of death by 49 and 57%, respectively.13 In a separate substudy, the RACE investigators also demonstrated that pharmacological rate control could prevent deterioration of LV function. Restoration and maintenance of sinus rhythm were associated with an improvement in LV function.14 In patients with LV dysfunction, modest improvements in LV ejection fraction (LVEF) and fractional shortening can be achieved non-pharmacologically using the proven and effective ‘ablate and pace’ strategy.15–17

However, although it provides effective ventricular rate control and rhythm regularisation, it does not restore atrial contraction or atrioventricular or interventricular synchrony. In addition, the benefit of rhythm regularisation can be negated by the adverse haemodynamic effects of right ventricular (RV) pacing. The use of LV or biventricular pacing, associated with a more favourable haemodynamic profile, may avoid this problem, although existing evidence is inconclusive.18,19 Long-term pacemaker dependence is also an important consideration for this strategy.

The advent of catheter ablation as an effective therapy for AF that is resistant to pharmacological rhythm or rate control has provided a viable strategy to restore and maintain sinus rhythm without the use of antiarrhythmic drugs. With current techniques and technology, long-term sinus rhythm can be restored in the majority of patients with paroxysmal AF, most of them without the need for antiarrhythmic drugs.20 However, ablation of permanent AF remains more difficult, often requiring extensive atrial ablation and multiple procedures.

The results of patients with CHF who have undergone catheter ablation for AF are summarised in Table 1. A large proportion of them have permanent AF of significant duration (average of approximately seven years) and the presence of other structural heart disease. In the four published studies, a significant number required multiple ablation procedures.21–26 In spite of these, catheter ablation has been demonstrated to be feasible in these patients, being associated with a high success rate for sinus rhythm maintenance, ranging from 68 to 96%, mostly without use of antiarrhythmic drugs, and an acceptable safety profile. Overall, significant pulmonary vein (PV) stenosis has been limited to <1%, cardiac tamponade to <2% and stroke to <2%.20–22 An additional complication in CHF was the development of pulmonary oedema during the procedure,21,22 although these patients were successfully treated for their acute decompensation and AF ablated in a subsequent procedure.

Symptoms and Quality of Life

In patients without CHF, catheter ablation of AF has been demonstrated to improve symptoms and quality of life.27 Similarly, these findings have been observed in CHF patients. CHF symptoms improved by approximately one New York Heart Association (NYHA) class after ablation,22,25,26 while arrhythmia-related symptoms also improved significantly.22 Overall quality of life, assessed with the 36-item Short Form General Health Survey (SF-36) questionnaire, also improved significantly in all scales.21,22,24,25

An improvement in LV function after ablation was demonstrated in all six studies currently available (see Table 1), with mean improvements in LVEF ranging from 5 to 21%.21–26 Importantly, a “normalisation of LVEF” to >55% in 72% of patients was demonstrated in one series,23 while another similarly demonstrated a “marked improvement of LVEF”, defined as an increase of ≥20% in 72% of patients, with concurrent reduction in LV dilatation.22 Unsurprisingly, recurrence of arrhythmia despite the use of antiarrhythmic drugs negatively affected the recovery of LVEF.22 However, LV function was still significantly improved in some patients with recurrent AF as ablation had converted permanent AF to paroxysmal AF. In addition, two of three patients being considered for heart transplant improved sufficiently after ablation to merit removal from the active transplant list.22

The presence of concurrent structural heart disease (ischaemic, valvular, hypertensive or hypertrophic cardiomyopathy) did not significantly affect the outcome of ablation. In the series by Hsu et al., sinus rhythm was maintained in 73% of patients with structural heart disease (66% without antiarrhythmic therapy) compared with 81% (73% without drugs) in patients without co-existing heart disease. Concurrently, LVEF improved significantly in these patients by 16±14%.22 These findings were also observed in the series by Chen et al.22

Effective ventricular rate control in AF using pharmacological measures or the ablate and pace strategy have been demonstrated to improve LV dysfunction.5 However, even in patients with adequate ventricular rate control, restoration and maintenance of sinus rhythm after catheter ablation resulted in further improvement of LVEF. Hsu et al. demonstrated an increase in LVEF of 17±15% in those with good pre-ablation rate control (defined as mean ventricular rate <80 beats/minute at rest).22 Similarly, among 17 patients with persistent/permanent AF in Gentlesk’s series, 10 had rate control <90 beats/minute at rest,23 while most of the patients with persistent/permanent AF in Chen’s series were already well rate-controlled before ablation.21 This finding could indicate that the degree of rate control was overestimated, or more likely that the irregularity of the rhythm as well as the loss of atrial contractility and atrioventricular synchrony contributed to the LV dysfunction. Thus, restoration of sinus rhythm should be expected to confer additional haemodynamic benefits compared with pharmacological rate control.

In contrast to AF, the mechanism and circuit for AFL has been well defined. As a result, catheter ablation for AFL has become an established curative procedure with even better results than AF ablation. Recently, we performed AFL ablation in a high-risk group of patients with severe LV dysfunction (defined as LVEF ≤25% with class II–III symptoms), including one patient awaiting heart transplantation.28 Ischaemic heart disease (already revascularised) was present in 10 and valvular disease in three. Electrical cardioversion had been performed in nine patients (53%) and 12 (71%) had been treated with amiodarone. The ablation procedure was successful in all 17 patients. Over a mean of 18 months of follow-up, sinus rhythm was maintained in 14 patients without the need for any drugs; one patient had a recurrence of AFL that was successfully re-ablated; and the remaining two developed AF, of whom one underwent a successful ablation. There were significant improvements in symptoms and LV function, with LVEF improving from 19±5 to 43±16%. LVEF was restored to >40% in 11 patients, and eight had normalisation of LVEF to >50%. The patient awaiting transplantation improved to the extent that he was removed from the transplant list and has remained asymptomatic.

Though the individual studies are small, their results have been remarkably consistent, challenging the notion that rate control is as good as rhythm control, especially in patients with CHF. A recent study evaluating an aggressive pharmacological rhythm control strategy utilising external or internal cardioversion and treatment with amiodarone demonstrated long-term benefits in patients with advanced CHF.29 Among 74 patients in this study, sinus rhythm was maintained in 70 and 55% at one and three years, respectively. LVEF significantly improved, from 28±7% at baseline to 38±11 and 35±12% at one and three years, respectively, while NYHA class significantly improved from 2.7 to 2.1 and 2.0, respectively. In addition, three patients were removed from the active heart transplant list due to marked clinical improvement. Though these observations are striking, it should be noted that sinus rhythm was maintained with high-dose amiodarone. A further issue not addressed in current drug or catheter ablation studies is the mortality benefit of restoring and maintaining sinus rhythm in patients with CHF, although several randomised trials have alluded to improved survival among patients with CHF and AF who reverted to sinus rhythm.30 A large multicentre study, the Atrial Fibrillation and Congestive Heart Failure (AF-CHF) trial, is being conducted to evaluate whether the benefits of sinus rhythm in CHF patients are sufficient to offset the risks of antiarrhythmic drug therapy.30

Current evidence indicates that patients with CHF and AF or AFL may benefit from restoration and maintenance of sinus rhythm if it can be achieved without the adverse effects of treatment. Although further improvements are needed to make catheter ablation of AF easier and safer to increase its availability outside experienced centres,31 ablation of AFL can usually be performed rapidly and safely. In both cases, curative ablation offers the unique opportunity to maintain sinus rhythm without the use of potentially harmful antiarrhythmic drugs, resulting in significant improvements in cardiac function, symptoms and quality of life. 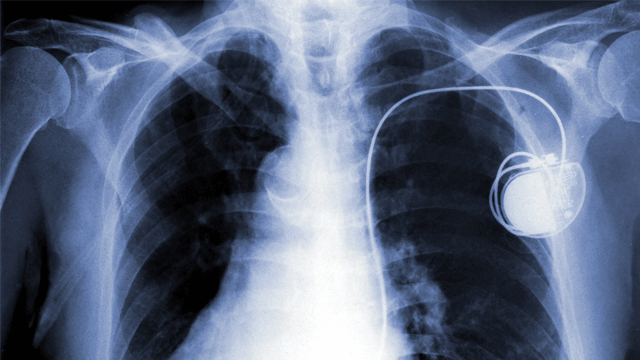